Research by a team in Canada reveals a promising therapeutic target to counter HER2-positive breast cancer. 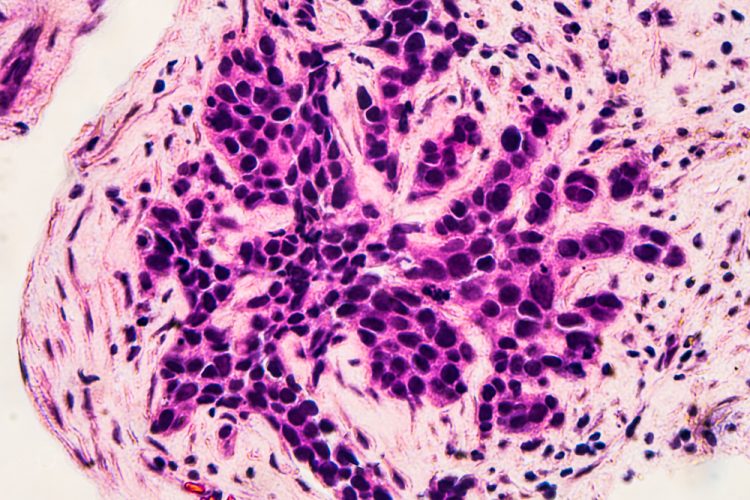 New research by a team at Université de Montréal (UdeM), Canada, has revealed a highly promising therapeutic target that could lead to better treatments of HER2-positive breast cancer. In this breast cancer, a gene called HER2 is expressed, promoting an aggressive form of the disease. The HER2-positive subtype currently affects around 20 percent of women with breast cancer and is associated with a poor prognosis.

With this in mind, the team, led by Professor Jean-François Côté at UdeM, studied an important phenomenon in solid tumours called hypoxia. Hypoxia is manifested by a lack of oxygen caused by the rapid growth of the tumour and leads to the production of metastases, a weakened immune system and resistance to treatment thereby promoting cancer progression. In a preclinical model, Côté’s team identified a protein called AXL whose action is crucial for hypoxia to take place. By blocking the action of AXL in the tumour using various novel techniques, the team observed a recovery of blood vessels and a revitalisation of the tumour’s immune environment. This also reduced the tumour’s ability to metastasise in other organs.

First author and doctoral student Marie-Anne Goyette said: “It is as if we had succeeded, on the one hand, in breaking down the protective walls of the tumour against the immune system, thus making it more vulnerable to immunological treatments, and, on the other hand, in preventing the tumour from moving elsewhere.”

According to the team, the results of this study are significant as they could lead to further research on the subject from various fields of biomedical research. “Cutting-edge personalised medicine in immunology has faced significant resistance from this type of cancer and we had the expertise in molecular research to help overcome these obstacles,” Côté stated. “We have not only shed light on a central mechanism of the functioning of some of the most aggressive tumours, but in doing so we have also unveiled a way to create an environment conducive to more effective treatments.”

The study is published here.