DNA methylation at specific genomic sites was found to correlate with non-fatty liver disease and could be used to diagnose severity. 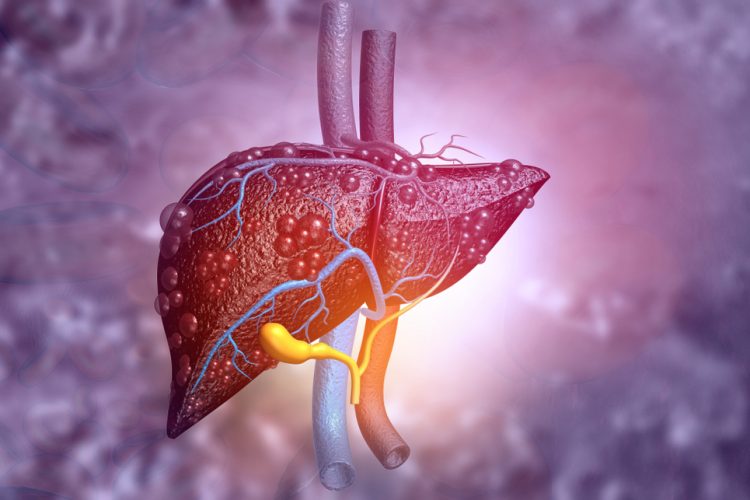 A team at the Translational Genomics Research Institute (TGen), US, have identified differences in DNA methylation (DNAm) that accurately predicted different stages of liver fibrosis in as many as 94 percent of patients with non-alcoholic fatty liver disease (NAFLD).

Using samples retrieved by biopsies, the researchers examined genomic data from 325 patients with NAFLD, 206 with no apparent liver scarring and 119 with varying levels of fibrosis, which in its most severe form can progress to non-alcoholic steatohepatitis (NASH) and in turn lead to cirrhosis, cancer of the liver and death.

The researchers also found that even after accounting for differences in cellular composition between individuals, DNAm levels at specific sites in the genome were decreased in patients with severe fibrosis. Dr Nicholas Johnson, lead author of the study, was then able to develop a model based on DNAm at 28 genomic sites that could accurately predict fibrosis levels in 94 percent of NAFLD patients in an independent test set. “These findings are consistent with DNAm as a mechanism underpinning, or marking, fibrosis-related shifts in cell composition and demonstrate the potential of DNAm as a possible biomarker of NAFLD fibrosis,” said Dr Xiumei Wu, one of the study’s authors.

Samples were drawn directly from patient livers via the relatively invasive use of biopsies and the team suggest that future samples might be obtained from circulating blood. “Circulating DNAm has been suggested as a potential non-invasive biomarker of disease severity for NAFLD,” the study explained. “These results suggest that our model could potentially predict NAFLD fibrosis in blood DNAm.”

According to the researchers, future analysis also could be complemented by using single-cell RNA sequencing, a more exacting method of analysing genomic information, which has the potential to measure cell composition at a higher resolution and facilitating a greater understanding of the relationship between NAFLD fibrosis, cellular composition and DNAm.

“Overall, our investigation shows that DNAm provides information that is not only useful for understanding the underlying biology of NAFLD but may also serve as a clinical tool capable of independently diagnosing fibrosis,” concluded Professor Johanna DiStefano.

The study is published in Clinical Epigenetics.