Michael Sassano and Anthony DeMeo from Somai Pharmaceuticals discuss using ethosomes as an improved method to deliver cannabinoids to the human body. 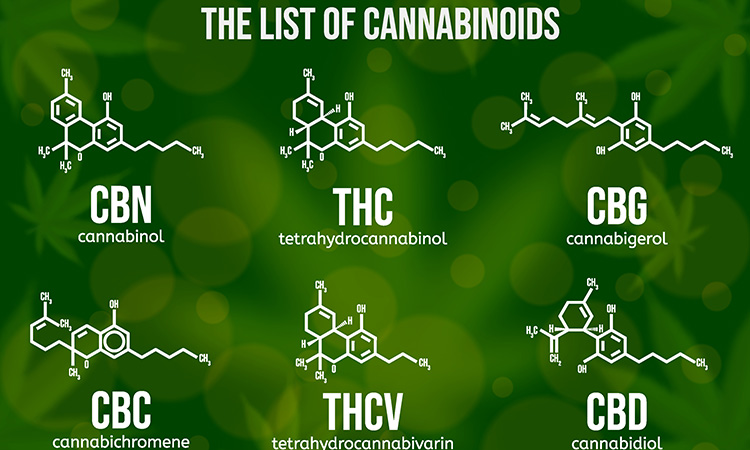 The absorption and bioavailability of cannabinoids into the system is emerging as one of the most studied and sought-after areas for cannabis formulators. All the latest pharmaceutical clinical studies are centred around delivery developments and even the recreational market is moving towards better excipients and methods to improve absorption into the system. On the medical and pharmaceutical side, normally cannabinoids are usually ingested medicines. However, smoking, although the greatest absorption method, is frowned upon. Outside of using edibles recreationally, the emergence of drinks and shots is an increasingly popular method for a growing majority of adults.

Previously, the focus was on homogenisation to ensure the active ingredients were evenly distributed throughout the product. Then, the focus shifted to reducing droplet size through ultrasonic homogenisation. Now, the industry is moving towards galenic formulations that use a combination of drug preparations like nano-droplets through high-pressure homogenisation or increasing bioavailability with excipients from other roots and plants.

Cannabinoids have poor oral bioavailability. Studies suggest less than six percent of similarly dosed oral cannabinoids like tetrahydrocannabinol (THC) and cannabidiol (CBD) actually enter the system, and even pure THC and CBD show similar results.1 Additionally, it may take up to two hours for these cannabinoids to reach peak concentration. These same tests when combined with food lipids significantly increase the bioavailability with the use of long-chain triglyceride chains like sesame oil.2 Further studies show that by avoiding pre-systemic metabolism in the liver, cannabinoids can reach 22 percent bioavailability.3 The goal of obtaining a faster Tmax and higher Cmax is where the current race for cannabinoid formulations for all uses is being run.

Tinctures are a prime example to understand some of the older, more commonly understood methods for both medical and adult-use of cannabis. Traditionally, a tincture is prepared by soaking a plant in alcohol to allow all the compounds from the plant to solubilise. The plant material is then removed, leaving behind a solution rich in all the essential oils from the plant. This solution is then applied sublingually. This preparation works well because alcohol, specifically ethanol, can pass directly through cell membranes by diffusion. Ethanol can move through pores created by proteins embedded in the cell membrane, so when the tincture is applied under the tongue, it can enter the body through buccal membranes.

Modernised cannabis tinctures are similar yet different. We no longer soak plant biomass but extract biomass utilising different solvents to produce a viscous essential oil containing the cannabinoids and terpenes the plant’s trichomes held. Then, the cannabis oil is diluted into a secondary carrier oil, most typically multi-chain triglycerides. Existing formulations are only composed of cannabinoids, terpenes and flavonoids, while new formulations will contain different excipients and ingredients to further enhance the effects or efficacy of the final product. The tincture will then be used exactly like its alcohol equivalent by being applied sublingually. While this method does work, it creates a poor patient experience. The oily tincture does not absorb quickly even in small quantities and causes salivation, leading to much of the tincture being swallowed. Additionally, for many patients, the pool of oily tincture with terpenes and flavonoids can cause irritation under the tongue.

Outside of smokables, most adult-use cannabis formulations result in the consumer ingesting the cannabinoids into their gut. While this is a great option for convenience, it may not be the most efficacious way to receive the medical benefits of cannabinoids due to the potential for isomerisation. The most notable change in chemical structure that occurs happens with delta-9 THC, the primary psychoactive cannabinoid found naturally in cannabis. Ingested delta-9 THC is distributed in the body’s adipose tissue, liver, lung and spleen due to it being highly lipophilic. When being metabolised, a hydroxylation of delta-9 THC occurs and creates 11-hydroxy delta-9 THC – a psychoactive compound that is more potent than delta-9 THC and has a much longer effect.4  Therefore, ingesting cannabinoids should be looked at from a new perspective and more research must be done.

A new cannabinoid drug delivery system being considered is phospholipid nanovesicles. There are three commonly used phospholipid nanovesicles: liposomes, transfersomes and ethosomes. These systems use a combination of delivery methods both traditional and new to the cannabis industry. Phospholipid nanovesicles are closed bilayer structures spontaneously formed by hydrated phospholipids. They are commonly used as efficient delivery systems for drugs, antigens or other hydrophobic molecules due to their capability to encapsulate bioactive hydrophilic, amphipathic and lipophilic molecules into the inner water phase. The drug molecule is combined with the phospholipid and then homogenised using an ultrasonic or high-pressure homogenisation system to reduce the droplet size to below 100 nanometres.

The specific type of phospholipid nanovesicle of interest is ethosomes. Ethosomes are non-invasive phospholipid nanovesicles that enable drugs to reach deep skin layers and/or achieve systemic circulation.5 An ethosome preparation is unique as it is a lipid carrier composed of phospholipid, ethanol and water. Ethosomes were reported to enhance the permeation by increasing the fluidity of membranes. A specific concentration of ethanol is used as a permeability enhancer. Ethosomes are used most for dermal and transdermal drug delivery, most notably for testosterone, ibuprofen, benzocaine and psoralen. Ethosome preparations provide a wider range of formulations due to the ability to pass through epithelial tissues. Topical formulations using ethosome preparation can more effectively pass through the skin and be absorbed in a localised area and may be able to be delivered into the bloodstream. Ethosomes used in an oral or ingestible formulation will be absorbed into the bloodstream through the thin epithelial tissue that makes up our buccal membranes, intestines and other internal organs. For example, a cannabis tincture formulation that utilises ethosomes could be applied under the tongue and if swallowed would still be as efficacious as the buccal absorption. An additional benefit of ethosomes’ ability to directly enter the bloodstream is faster onset time and the avoidance of isomerisation of the cannabinoids.

Clinical studies are needed to prove the best delivery methods, but ethosomal drug delivery systems are a promising option with proven efficacy. We look forwards to continuing experimenting and refining techniques and compounds from traditional medicines to develop the most efficacious cannabinoid medicines.

Anthony DeMeo is the Director of Research and Development at Somai Pharmaceutics and the Head of Product Manufacturing at AUDACIOUS, where they have been awarded 4 High Times Cannabis Cup awards. Anthony is also the Chair of Extraction and Manufacturing at Oaksterdam University. Prior to entering the cannabis industry, Anthony began his professional career in radio-pharmaceutical manufacturing where he was responsible for synthesising and purifying and compounding the radioactive isotopes.

Michael Sassano is the CEO and Cofounder of Somai Pharmaceuticals, a European pharmaceutical company specialising in extraction, formulation and distribution of cannabinoid-based medicines for legal EU markets. Before Somai, Michael was the founder and CEO of Solaris Farms, one of the largest and most technologically advanced cannabis cultivation companies in the US state of Nevada and before that a Wall Street banker and international real estate developer.