A recent whole genome sequencing study has revealed hidden insights into the causes of cancer. In an exclusive article, Dr Andrea Degasperi from the Early Cancer Institute at the University of Cambridge, UK spoke to Drug Target Review’s Ria Kakkad about the study’s implications and the future of whole genome sequencing. 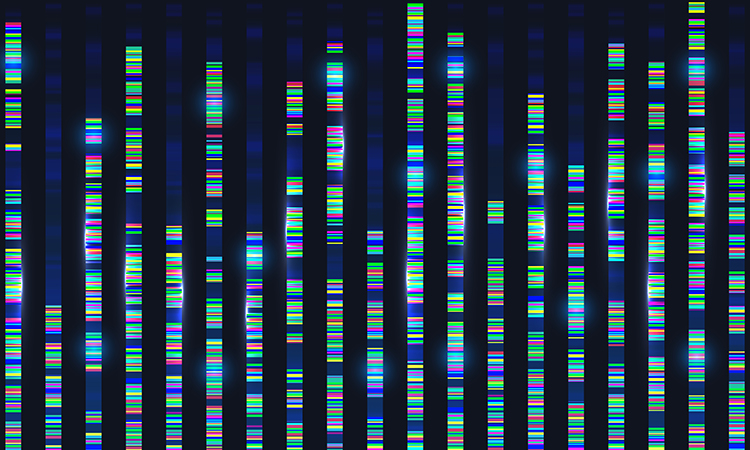 Whole genome sequencing is the process of determining the entire, or near-entire, DNA sequence of an organism’s genome at a single time. Genomic information has been influential in identifying inherited disorders, distinguishing the mutations that drive cancer progression and following disease outbreaks.

In an extensive study, scientists from Cambridge University Hospitals (CUH) and the University of Cambridge, both UK, analysed the complete genetic makeup, or whole-genome sequences, of more than 12,000 UK National Health Service (NHS) cancer patients.

In an exclusive article, the first author from the study, Dr Andrea Degasperi, spoke to Drug Target Review‘s Ria Kakkad about the study’s implications and where whole genome sequencing is going.

What has been the most promising finding from your study?

Whole genome sequencing gives us a complete picture of all the mutations that have contributed to a person’s cancer. With thousands of mutations per cancer, we were able to look for commonalities and differences across patients and in doing so we uncovered 58 new mutational signatures and broadened our knowledge of this condition. Furthermore, within the many samples available to us, we were able to find recurring patterns, which informed us about what happened to these cancer genomes and how they possibly formed, giving us clues about what to investigate.

The mutational signatures of the genome can provide different types of information. For example, they can tell us what causes mutations before tumours even form, highlighting cancer risks. This enables us to understand patients’ stakes, which are visible via precise patterns in the cancer samples.

We also saw origin-based mutations, which originate from the mutational processes. The origins of these are inherent to cancer itself. This means that essentially a cancer cell deviates from its initial job within the human body and starts to acquire some defects. There are different ways that DNA is repaired in our bodies and patterns related to a particular type of defect in DNA repair indicate which DNA repair pathway is dysfunctional and thus which therapies should be used. You can categorise cancers from additional signatures based on patterns, such as mismatched repair, that indicate the sample is deficient. So, additional signatures have different uses. Our study uncovered many more rare signatures for which we could identify the cause.
One of the most interesting findings were the number of new signatures – and most of them were quite rare. Across 12,000 patients, maybe only a handful share common signatures and this is something that we still do not fully understand. Still, the more we carry out whole genome sequencing, the greater number of new signatures we shall identify, which creates new opportunities to determine currently unknown risks of cancer or develop new drugs. We are at an early stage now, which is exciting.

We also developed tools that can be easily applied to genome sequencing data. We hope that they can be used in the future, even daily, so that experts can analyse the signatures of cancer patients.

Did you face any challenges with your research?

A challenge that arose in the study was how to analyse vast amounts of data from thousands of genomes. Ten years ago, genome sequencing on this scale would have been impossible, but nationwide infrastructure is needed so that clinicians can carry out whole genome sequencing using patient data and then centralise it. Another issue is of the significant amount of computing power and storage needed.

Essentially, the main challenge was dealing with the huge amount of data that was generated and harnessing it to identify rare signatures in tumours. Many questions arose at different stages of the study. For example, how do you use new patterns once you have identified them? Also, if there are patterns similar to each other, how do we decide which part pattern it is? Our approach then devised new methods that would be able to classify signatures by organ type; by focusing our telescope independently on each tumour, then distinguishing between the more common and rare signatures in each instance.

Closing the diversity gap in genomics: The importance of diverse and inclusive samples in genomic studies
READ MORE

Thanks to work by Genomics England and the NHS, this is something that the research team did not deal with directly. Still, the data was analysed in a relatively short amount of time, especially given the considerable amount of data.

How could studies like this advance precision treatment for cancer?

Discovering genomic features that allow us to stratify patients and genomic signatures. For example, whole genome sequencing could enable us to look at structural variations to identify driver tumour suppressors genes that could not previously have been identified. Accurate driver identification could also be useful in detecting cancer and from the drug discovery perspective. Looking at the whole genome, rather than specific aspects, allows us to identify a greater number of tumour features and characteristics.

The future of genomic studies

Dr Andrea Degasperi is a Research Associate at the Early Cancer Institute, University of Cambridge. He obtained his PhD from the University of Glasgow and moved to University College Dublin in 2011, where he worked as a postdoc on the mathematical modelling of signalling pathways. In 2016, he moved to Cambridge with a Science Foundation Ireland Industry Fellowship, working in AstraZeneca on machine learning models for the prediction of small molecules bioactivity. Finally, in 2017 he joined the lab of Serena Nik-Zainal, initially at the Sanger Institute and then at the University of Cambridge, working on mutational signatures in cancer whole genomes.