A new potential mRNA vaccine that delivers instructions for making two key HIV proteins has been tested in mice and rhesus macaques. 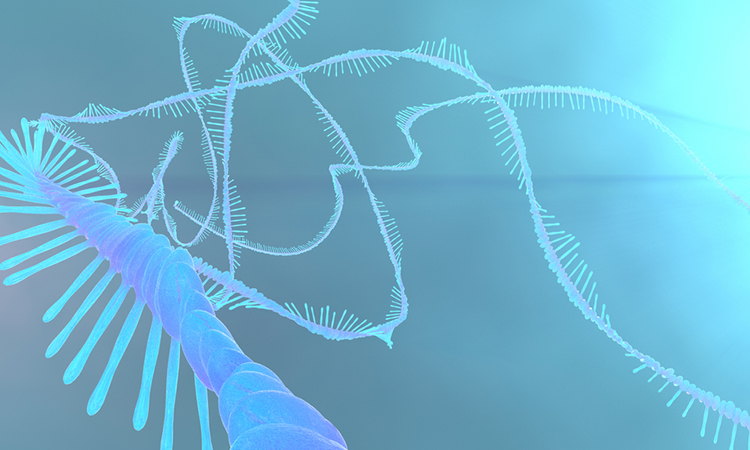 A team from the US National Institutes of Health’s (NIH) National Institute of Allergy and Infectious Diseases (NIAID) has developed and tested a messenger RNA (mRNA) HIV vaccine in animals, with promising results.

The researchers say that the experimental HIV vaccine is injected into muscle, where it delivers instructions for making two key HIV proteins, Env and Gag. Muscle cells assemble these two proteins into virus-like particles that are studded with many copies of Env on their surface. These virus-like particles cannot cause infection or disease because they lack the complete genetic code of HIV, but they provoke immune responses similar to natural HIV infection.

The team first tested the vaccine in mice, as outlined in their paper published in Nature Medicine. They found that, after two injections, it elicited antibodies in all animals that could neutralise HIV. The Env proteins on the virus-like particles produced from the vaccine closely mimicked natural infection. According to the researchers, this represents an improvement over previous experimental HIV vaccines.

They then tested the vaccine in rhesus macaques. The monkeys received a priming vaccine followed by several booster inoculations. By week 58, all vaccinated macaques had developed measurable levels of antibodies that could neutralise many diverse HIV strains. The experimental vaccine also induced other important immune responses, like helper T cells, which aid other immune cells.

The macaques were then exposed weekly to simian-human HIV (SHIV), a form of the virus used for modelling human HIV in monkeys. After 13 weeks of virus inoculations, two out of seven immunised macaques remained uninfected. The other immunised animals had a delay in infection, which occurred after eight weeks, on average. In contrast, unimmunised animals became infected on average after three weeks. Overall, vaccinated monkeys had a 79 percent lower per-exposure risk of SHIV infection than unvaccinated animals.

The team also found that the vaccine course was well-tolerated with only mild side effects. These results showed that the novel HIV vaccine was safe and prompted immune responses against an HIV-like virus.

“Despite nearly four decades of effort by the global research community, an effective vaccine to prevent HIV remains an elusive goal,” said Dr Anthony Fauci, NIAID director and co-author of the study. “This experimental mRNA vaccine combines several features that may overcome shortcomings of other experimental HIV vaccines and thus represents a promising approach.”

The team plans to conduct a Phase 1 trial of the mRNA HIV vaccine in healthy adult volunteers after further refinement and testing.