A new study has found that mycobacteria are associated with red blood cells at lung infection sites, an interaction that has escaped scientists for 140 years. 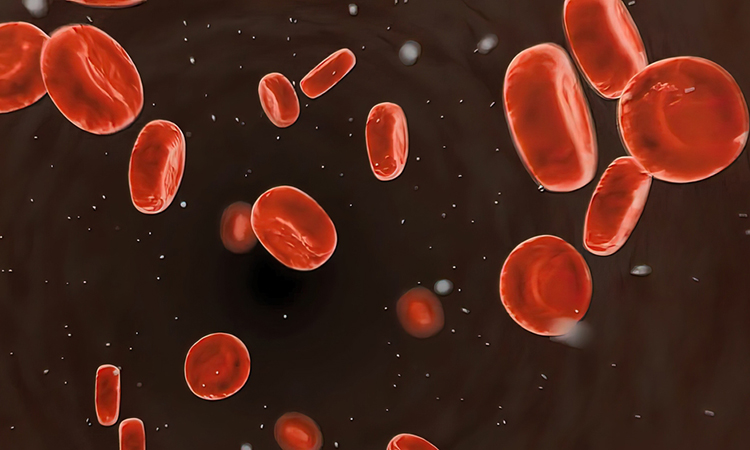 Mycobacteria are a group of pathogenic bacteria that cause diseases like leprosy and tuberculosis in humans. A new study by Hiroshima University, Japan has found that mycobacteria are associated with red blood cells at lung infection sites, an interaction that has escaped scientific notice for 140 years since the discovery of the organism causing tuberculosis (TB). The new research, published recently in Microbiology Spectrum, highlighted the interaction of mycobacteria with red blood cells and its role in lung disease.

In their research, the team obtained lung tissue samples from five mice infected with two species of Mycobacteria, M. avium and M. intracellulare, as well as from a human patient with an MAH infection. Microscopic examination revealed red blood cells were co-located with mycobacteria in both the capillary vessels and granulomas of mice and human lung tissues.

To assess the relationship of the mycobacteria to human red blood cells, the researchers monitored their growth with and without the blood cells. They found that MAH grew more in the presence of red blood cells, multiplying at a rate dependent on blood cell concentration. Their exponential growth was even faster than growth of MAH inside macrophages.

Furthermore, the study found that macrophages, typically targeted as parasitic hosts by mycobacteria, preferentially engulfed red blood cells with MAH attached. The binding of the MAH to red blood cells may have caused the release of energy in the form of ATP, which then stimulated macrophages to engulf the infected cells. 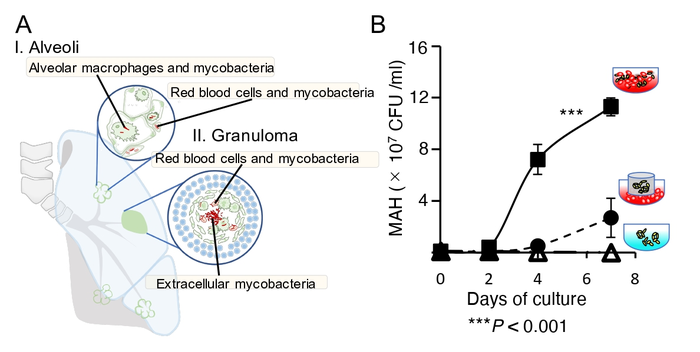 While red blood cells are best known for their role in transporting oxygen between lungs and tissues, they also play two roles in mycobacterial infections. They play a defensive role against infections by capturing pathogens and transferring them to macrophages in the liver and spleen to eliminate them. This study shows that red blood cells may also get targeted as host cells for mycobacteria.

How these roles play out might determine the outcome of an infection. If the red blood cells’ defence role is going well, the TB or other mycobacterial disease is controlled. However, red blood cells overwhelmed by an attack of mycobacteria may help spread them throughout the body.