Scientists report news of a promising new compound that effectively blocks the activity of proteins on cells that are necessary for SARS-CoV-2 to cause infection. 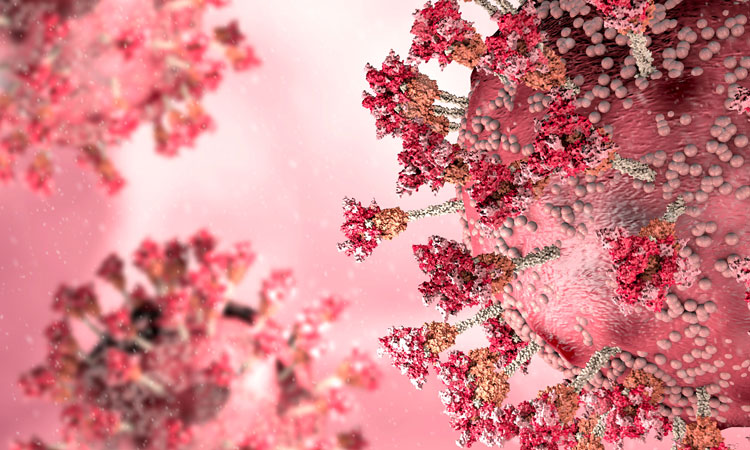 Scientists led by Dr Hector Aguilar-Carreño from Cornell University and a team in Canada have targeted a protein called TMPRSS2, which SARS-CoV-2 needs to help its spike protein penetrate cells. The researchers developed several compounds that aimed to block the activity of this protein, finding four particularly effective compounds that appeared to have no ill effect on normal cell survival.

Since the outbreak of SARS-CoV-2 late in 2019, the virus has continually mutated. This moving target creates challenges for the development of treatments and vaccines that aim to specifically target the virus. However, this newly reported research has shown effective prevention of COVID-19 in a mouse model by using compounds that aim to block proteins on cells, which prevents the virus gaining entry to cells and causing disease.

The team screened these candidates to gauge their impact on SARS-CoV-2 infectivity in cells and identified one particularly efficacious compound, called N-0385, which substantially reduced the amount of virus that could enter cells derived from lung and colon tissues.

In a mouse model of severe COVID-19, N-0385 was delivered intranasally in order to target lung tissue and limit exposure to other parts of the body, thus limiting potential side effects.

The researchers began by administering N-0385 once a day, starting one day before viral exposure through six days afterwards. None of the ten mice that received a control dose of saline survived, but seven of the ten that received N-0385 did. Most of the mice that survived had little or no lung damage.

The team’s experiment with a shorter course of treatment, from one day before exposure through two days afterwards, found that all 10 of the mice given N-0385 survived. Only one of the 10 that received the saline survived. Samples taken from three days after infection found that mice treated with N-0385 had 97 percent less virus in the lungs. Encouragingly, when the experiment was carried out with just a single dose of N-0385 administered on the day of infection, these mice had a high survival rate as well.

How to mix the best anti-SARS-CoV-2 cocktail

The treatment also showed protection against the Delta variant. These experiments were carried out prior to the emergence of Omicron; however, given that N-0385 works on host cells, scientists are confident it will be able to block different variants from using the target host proteins.

“The N-0385 therapy is simpler and less expensive to mass produce than other types of COVID-19 treatments, such as monoclonal antibodies,” Aguilar-Carreño noted.

The researchers are currently working with a biotechnology company to produce a version of the drug for testing in people.

This research was funded in part by NIH’s National Institute of Allergy and Infectious Diseases (NIAID) and results were published in Nature.