Scientists have found that an immune protein, CSF1, may cause anxiety during alcohol withdrawal, therefore causing relapse. 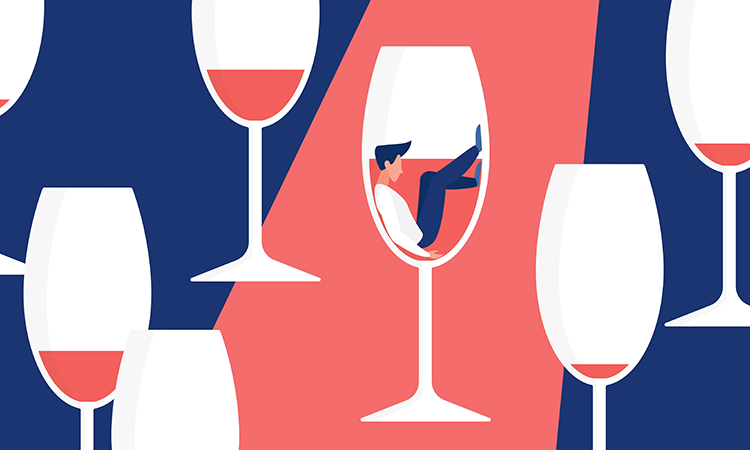 A new study by scientists at the Scripps Research Institute, US, have found that the release of the immune protein in the brain, colony stimulating factor 1 (CSF1), may drive anxiety during alcohol withdrawal, therefore causing relapse. The study, which was recently published in Molecular Psychiatry, highlights the molecular details of the brain’s response to alcohol withdrawal, suggesting that CSF1 could be a target of future treatments for alcohol use disorder (AUD).

Traditional treatment for AUD includes drug treatments, talk-therapy and support group-based treatments. However, relapse is common, mainly due to the limited understanding of the brain-circuit dysfunctions underlying AUD.

Scientists already understand that relapse-promoting alcohol withdrawal symptoms include rising feelings of anxiety, caused at least in part by the release of stress molecules such as corticotropin-releasing factor (CRF) within the brain. CRF stimulates receptors on neurons in the prefrontal cortex, and in the limbic system, a set of more primitive brain structures that process emotions. If scientists could fully identify and characterise these CRF-sensitive neuronal populations, they could understand better how anxiety occurs during withdrawal and potentially devise effective treatments to block it.

In the new study, researchers identified a population of neurons in the medial prefrontal cortex (mPFC) of mice that are sensitive to CRF because they express a CRF receptor called CRF1. The scientists showed that these neurons are involved in altering mood and behaviour during alcohol exposure and withdrawal. 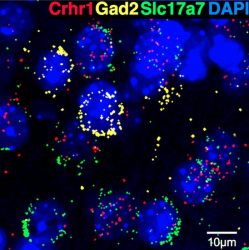 Intriguingly, the researchers found that alcohol withdrawal, even as it dialled down the excitability of the CRF-sensitive neurons, also induced large increases in CSF1 gene expression within these neurons. CSF1 is an immune protein best known for its role in stimulating stem cells to mature into large white blood cells called macrophages. In the brain, CSF1 is thought to have a similar role in sustaining brain-resident immune cells called microglia. Moreover, prior research in mice has suggested that under conditions of chronic stress, CSF1 production rises in the mPFC, driving microglia to prune connections between neurons, which in turn causes signs of anxiety and depression.

Looking more closely at CSF1’s role in alcohol withdrawal, the team artificially increased CSF1 production in CRF-sensitive mPFC neurons in mice and observed that the animals exhibited many of the same neuronal and behavioural changes seen in alcohol withdrawal—suggesting that elevated CSF1 levels in mPFC may be a key driver of alcohol-withdrawal signs and symptoms.

“Targeting CSF1 therefore may be a good strategy for treating AUD, and we’re now eager to test that in our preclinical models,” concluded first author, Dr Reesha R. Patel.