A new implant that combines internal radiation and chemotherapy dissolved tumours in mice across multiple models. 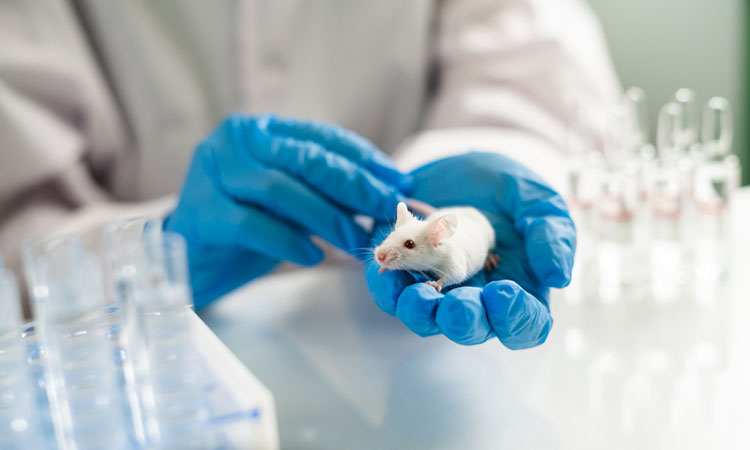 Biomedical engineers at Duke University, US have demonstrated the most effective treatment for pancreatic cancer ever recorded, in mouse models.

The new treatment eliminated tumours in 80 percent of mice across several model types – the results were published in the journal Nature Biomedical Engineering.

Pancreatic cancer is very difficult to treat because the tumours can develop aggressive genetic mutations, making it resistant to many drugs.

The new approach combines chemotherapy drugs with an alternative for tumour eradication. Rather than delivering radiation from an external beam that travels through healthy tissue, the treatment implants radioactive iodine-131 directly into the tumour within a gel-like depot. This protects healthy tissue and is absorbed by the body after the radiation fades away.

Jeff Schaal, the director of research at Cereius, Inc., decided to try an implantation method using a substance made of elastin-like polypeptides (ELPs) – synthetic chains of amino acids bonded together to form a gel-like substance with tailored properties.

ELPs exist in a liquid state at room temperature but in the human body they form a stable gel-like substance.

When injected into a tumour, along with a radioactive element, the ELPs form a small depot encasing radioactive atoms. In this case, the researchers decided to use iodine-131. The ELP depot encases the iodine-131 and prevents it from leaking out into the body. The iodine-131 emits beta radiation, which penetrates the biogel and deposits almost all its energy into the tumour without reaching the surrounding tissue.

Over time, the ELP depot degrades into its constituent amino acids and is absorbed by the body — but not before the iodine-131 has decayed into a harmless form of xenon.

“The beta radiation also improves the stability of the ELP biogel,” Schaal said. “That helps the depot last longer and only break down after the radiation is spent.”

In the new paper, Schaal and his collaborators tested the new treatment in concert with paclitaxel to treat various mouse models of pancreatic cancer.

The researchers tested their approach on mice with cancers under their skin, created by several different mutations known to occur in pancreatic cancer. They also tested it on mice that had tumours within the pancreas, which is much more difficult to treat.

Overall, the tests saw a 100 percent response rate across all models, with the tumours being eliminated in three-quarters of the models about 80 percent of the time. The tests revealed no immediate side effects beyond what is caused by chemotherapy alone.

The researchers say their next step is large animal trials, where they will need to show that the technique can be accurately done with the existing clinical tools and endoscopy techniques that doctors are already trained on. If successful, they look toward a Phase I clinical trial in humans.

“We did a deep dive through over 1,100 treatments across pre-clinical models and never found results where the tumours shrank away and disappeared like ours did,” said Schaal. “There is just no good way to treat pancreatic cancer right now… we think the constant radiation allows the drugs to interact with its effects more strongly than external beam therapy allows. That makes us think that this approach might actually work better than external beam therapy for many other cancers, too”.