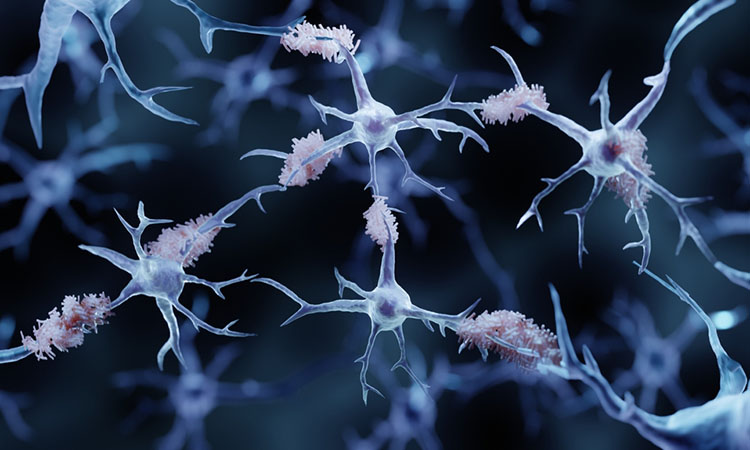 A research team from the Technical University of Munich (TUM), Germany, has developed ‘mini-proteins’ (peptides) which are able to bind the proteins that form amyloids and prevent their aggregation into cytotoxic amyloids in pre-clinical studies.

In Alzheimer’s disease, the degeneration of brain cells is linked to formation of toxic protein aggregates and deposits known as amyloid plaques. Similar processes play an important role also in type 2 diabetes.

Many cell and neurodegenerative diseases are linked to the formation of toxic protein aggregates which cause cell death. Prominent representatives of these diseases are Alzheimer’s disease and type 2 diabetes mellitus, with worldwide more than 50 million and 400 million patients, respectively. Therefore, there is an urgent need for new therapeutic approaches.

Targeting the formation of harmful amyloid aggregates is a promising approach. The team has developed novel synthetic peptides, which are able in experimental models to block toxic amyloid aggregation linked to both diseases.

Previous studies showed certain cross-interactions between the amyloidogenic proteins of the two diseases accelerate their amyloid aggregation process. These findings could possibly explain why people suffering from one of the two diseases might have an increased risk for the other disease as well.

The team developed synthetic peptides that could function as effective inhibitors of amyloid aggregation in both diseases.

Professor Aphrodite Kapurniotu, Biochemistry at TUM, said: “The designed peptides are in fact able to bind the amyloidogenic proteins linked to both diseases and to effectively suppress both cytotoxic amyloid aggregation and amyloid cross-accelerating interactions… Remarkably, although the mixed aggregates formed by interactions of the designed peptides with the amyloidogenic proteins look very similar to harmful amyloid aggregates, they are completely devoid of cytotoxic effects. Moreover, these amyloid-resembling mixed aggregates become more efficiently taken up by the phagocytic immune cells than amyloid aggregates.”

Increasing evidence suggests that Alzheimer’s disease and type 2 diabetes are linked to each other, thus the researchers say that designed peptides could be valuable candidates for the development of drugs for treating both diseases.