Researchers have found that the GDF15 cytokine could have beneficial effects on the metabolism and reduce obesity. 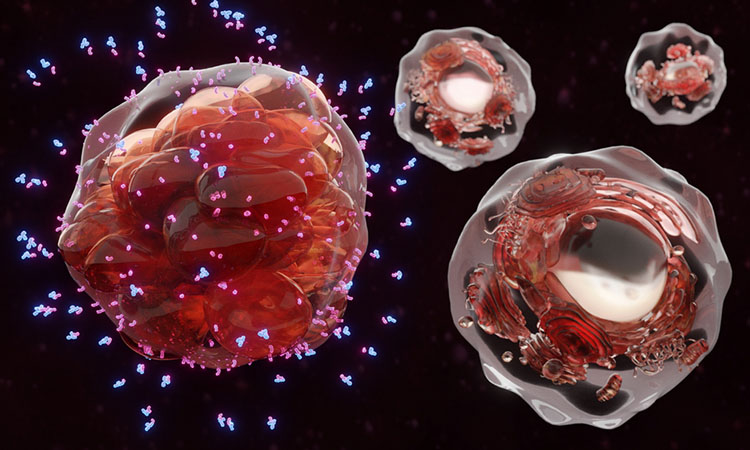 A team led by Professor Manuel Vázquez-Carrera, from the University of Barcelona, Spain has conducted a review study on the Growth Differentiation Factor 15 (GDF15). The researchers investigated GDF15 was investigated under physiological stress conditions, exploring its potential impact on the treatment of type 2 diabetes.

The study, published in the journal Trends in Endocrinology and Metabolism, gathers research on the functioning of this cytokine, which consolidate it as a potential therapeutic target against this disease.

“This review gathers the latest novelties on the metabolic effects of GDF15 in the context of type 2 diabetes, which are an important turn of what we knew to date. The findings in animal models are specially encouraging and they show that GDF15-based therapies are promising for the treatment of this disease, although we need more clinical studies on humans to confirm it,” said Vázquez-Carrera.

In situations of intracellular organelle stress such as the ones caused by type 2 diabetes and other diseases, cells secrete stress-sensitive cytokines such as GDF15, which activate mechanisms to counteract processes like inflammation or insulin resistance.

Recent studies have shown that beneficial effects on the metabolism are produced through the activation of the GFRAL receptor in the brain: once it is activated, the intake is reduced decreased and weight loss occurs. This would reduce obesity and improve associated diseases such as type 2 diabetes.

However, new evidence gathered in this review shows that GDF15 can have effects mediated by other peripheral receptors that contribute to improve metabolic diseases.

According to the researchers, the discovery of the potential peripheral receptors responsible for the metabolic effects of GDF15 can “help to better understand how this stress cytokine works and to facilitate its pharmacological modulation”.

The team has found important advances regarding the functioning of GDF15 in the metabolism. In a previous study, they found that this cytokine activates AMPK kinase, which regulates many processes related to the cellular energy metabolism such as the increase in glucose uptake and oxidation of fatty acids, the increase in the mitochondrial oxidative capacity and the improvement of insulin sensitivity. This activation occurs independently of the brain GFRAL receptor, showing an alternative way of the energy metabolism regulated by GDF15.

The function of GDF15 as an appetite suppressant and a regulator of energy metabolism has therefore opened the door to the possibility of pharmacologically administering GDF15 to treat type 2 diabetes.

However, the researchers warn that the properties of GDF15, such as the short average life when it is administered subcutaneously or some adverse effects, present several challenges for its development.

These obstacles have led to the development of GDF15 analogues, structurally similar compounds aiming to improve the efficacy and pharmacokinetics of GDF15 for the treatment of diabetes.

“To date, it was thought that the GDF15 effects were mediated exclusively by this GFRAL central receptor with an expression restricted to the neurons in the postrema area and the nucleus of the solitary tract, areas of the brain that are involved in the control of hunger and regulation of body weight,” said Vázquez-Carrera. “Now, it has been shown that the GDF15 has beneficial effects such as the increase in thermogenesis, lipid catabolism and mitochondrial oxidative phosphorylation regardless of the changes in the food intake, which suggests that the GDF15 could also exert its effects through receptors other than GFRAL and independently of the reduction in hunger.”