US researchers showed that the protein: GRP78, implicated in COVID-19 and cancers, is effected by the new drug HA15. 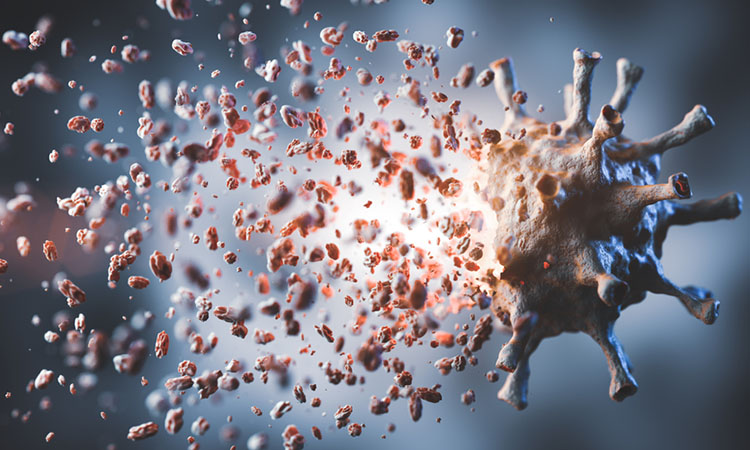 Researchers at the Keck School of Medicine of USC and the Cleveland Clinic Florida Research and Innovation Centre, both US, have uncovered a new drug that interferes with the protein GRP78, implicated in both COVID-19 and multiple types of cancer.

While a vaccination can provide life-saving protection against COVID-19, scientists are still searching for ways to treat severe infections, including those from new strains of the virus arise that could bypass vaccine protection.

The research, published in Nature Communications, suggests this drug could potentially offer a new type of protection against COVID-19, one that might remain effective even as new strains develop.

Searching for a more stable way to combat COVID-19, the team explored the role of GRP78 when SARS-CoV-2 enters the scene. GRP78 is hijacked to work in tandem with other cellular receptors to bring the SARS-CoV-2 virus inside cells, where it can then reproduce and spread.

The team then used a special messenger RNA tool to suppress production of the GRP78 protein in lung epithelial cells in cell culture, without interrupting other cellular processes. Those cells were later infected with SARS-CoV-2, and produced a lower amount of the viral spike protein and released much less of the virus to infect other cells, proving that GRP78 was necessary and essential for viral replication and production.

To further explore whether targeting GRP78 could work to treat COVID-19, the researchers tested the small molecule drug HA15, on the infected lung cells. This drug, developed for use against cancer cells, specifically binds GRP78 and inhibits its activity.

“We found that this drug was very effective in reducing the number and size of SARS-CoV-2 plaques produced in the infected cells, in safe doses which had no harmful effect on normal cells,” said Dr Amy Lee, professor of biochemistry and molecular medicine at the Keck School of Medicine of USC.

After, the researchers tested HA15 in the body of mice that were genetically engineered to express a human SARS-CoV-2 receptor and infected with SARS-CoV-2, finding that the drug greatly reduced viral load in the lungs.

In their study, the researchers from the University of Maryland School of Medicine found that the Nsp6 SARS-CoV-2 protein causes heart damage

Separately, the team at the Keck School of Medicine studied the efficacy of HA15 in cancer, as well as another GRP78 inhibitor YUM70, in collaboration with researchers at the University of Michigan, US.

They discovered that HA15 and YUM70 can suppress the production of mutant KRAS proteins-a common mutation that tends to resist drug treatment, and reduce the viability of cancer cells bearing such mutations. These findings suggest targeting GRP78 may help combat these deadly cancers.

Further research, including clinical trials, is needed to establish that HA15 and YUM70 are safe and effective for use in humans. These and other GRP78 inhibitors are now being tested as treatments for both COVID-19 and cancer. These drugs may also prove useful for treating future coronaviruses that depend on GRP78 for entry and replication.