US researchers found that the severity of muscle wasting from cancer is related to the type, size and location of the tumour, in mice. 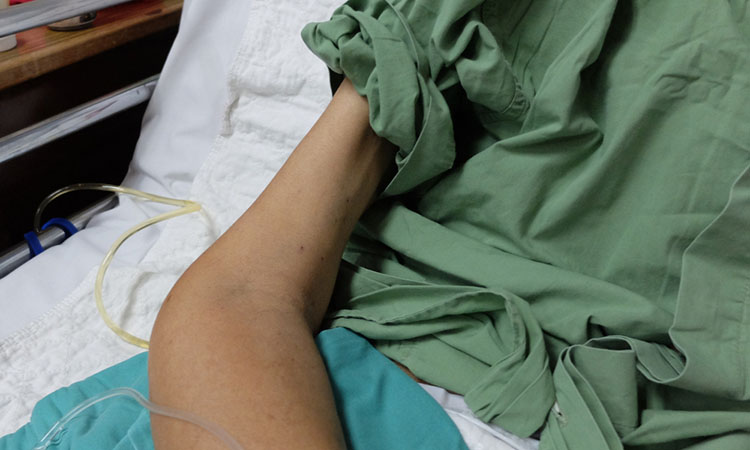 New research in mice, from Penn State, US, found that the severity of muscle wasting from cancer is related to the type, size and location of the tumour.

About 80 percent of people with cancer suffer from significant muscle wasting, or loss of muscle tissue, and 30 percent of these patients die from this condition.

In new research published in two papers appearing in the same issue of the Journal of Applied Physiology, the team investigated the mechanisms involved in muscle wasting in lung cancer and colorectal cancer in mice.

The researchers found that the type, size and location of the tumour influenced the severity of muscle wasting through divergent mechanisms.

“Muscle wasting, and not the tumour itself, is often the killer,” said Gustavo Nader, associate professor of kinesiology, Penn State. “That’s why it is important to study what is happening at the cellular level in skeletal muscle that may be contributing to the wasting problem.”

Nader’s previous research in ovarian cancer revealed that muscle wasting is related to reduced production of ribosomes. Yet, relatively little is known about the mechanisms driving down muscle protein synthesis and wasting in cancer patients.

Tumour growth resulted in significant muscle weakness in mice with the LP07 tumour type, which was also associated with a reduction in ribosome production. The LLC tumour type caused muscle wasting but did not produce weakness or lowered ribosomal levels.

In the colorectal cancer study, the team examined two types of colorectal tumours: HCT116 and C26, and studied them using two models to define the role of tumour burden on muscle wasting.

Tumour burden is the number of cancer cells, the size of a tumour, the amount of cancer in the body or the disease severity associated with the tumour. The findings indicate that the location of the tumour is an important factor in determining the severity of muscle wasting but this also depends on the type of tumour.

“There are no effective treatments for muscle wasting in cancer patients,” commented Nader. “We are beginning to understand how different tumours cause muscle wasting, which is crucial because cancer treatments are less effective in patients with low muscle mass.”