A study has shown that disruption to cell autophagy is involved in the development of pancreatic cancer. 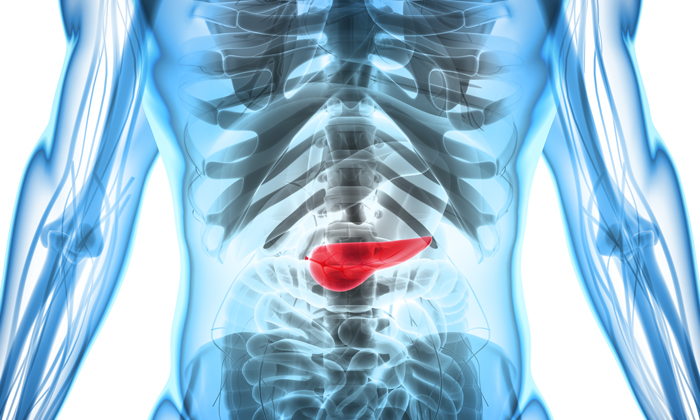 Pancreatic cancer is one of the most aggressive forms of cancer and is currently very difficult to treat. However, the last few years have seen advances in the scientific understanding of how this cancer develops at a molecular level.

For example, as well as certain risk factors, genetic changes also play a role. In a study published in the journal Cancer Cell, a team led by laboratory medicine specialist Jelena Todoric from MedUni Vienna’s Institute of Laboratory Medicine and molecular biologist Michael Karin from the University of California in San Diego, were able to show that disrupted cell autophagy can be a precursor for these genetic changes. This gives rise to an abnormal amount of the protein p62/SQSTM1, which negatively affects pancreatic cells and consequently causes the tissue changes that then progress into pancreatic cancer.

Approximately 1,500 people a year develop pancreatic cancer in Austria, accounting for around 4% of all malignant cancers. Initially, pancreatic cancer is virtually asymptomatic and that is why it is usually only diagnosed when it is well advanced. By this point fewer than 20% of patients are operable.

It is a known phenomenon in medical research that 16% of healthy people and 60% of patients suffering from pancreatitis, that is to say inflammation of the pancreas, exhibit so-called precursor lesions in the pancreas. There is a 1% probability that these might develop into cancer. However, genetic factors also play a role, as do risk factors such as smoking, obesity, diabetes and chronic pancreatitis. However, it was hitherto not understood how all these factors interrelate and what mechanisms lie behind them.

In a study using an animal model and human cell material, the team has now shown that a disruption to cell autophagy is involved in the development of pancreatic cancer. Autophagy is one of those essential bodily processes whereby cells operate a form of recycling: breaking down and reutilising their own constituents and eliminating bad proteins and cellular waste. When the process is disrupted, for example due to smoking or obesity, this aggravates the existing genetic lesions on the pancreatic cells, the function of which is to produce digestive enzymes. This then results in an extraordinary accumulation of the protein p62/SQSTM1, which is typically elevated in chronic pancreatitis or in the precursor lesions (Pancreatic Intraepithelial Neoplasia PanIN).

The study showed that accumulation of p62/SQSTM1 promotes the development of early precursor lesions, so-called acinar ductal metaplasia. A subsequent cascade of molecular activities then go on to produce pancreatic cancer. In this process, the protein p62 first of all causes the displacement of a second protein known as NRF2 into the nucleus. This in turn stimulates production of the protein MDM2. Elevated MDM2 levels transform acinar cells, which exhibit certain carcinogenic gene mutations, into vigorously proliferating duct cells. This ultimately leads to the growth of the malignant pancreatic tumour, pancreatic ductal adenocarcinoma.

The results of the study suggest that a new therapeutic approach could be to treat autophagy, since most of the known risk factors disrupt this process. The development of targeted MDM2 medications could, in future, prevent the development of malignant pancreatic cancer in people with a high risk of the disease.