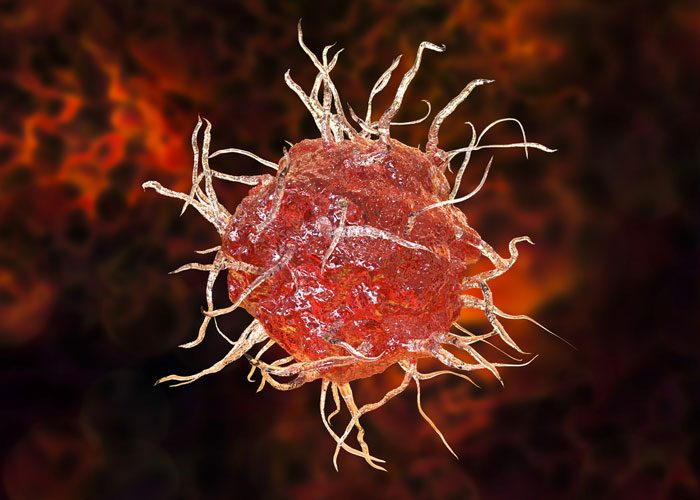 A new study has revealed the mechanism implicated in the defective function of tumour-associated dendritic cells (DCs), a specialised type of immune cells that expose the antigens on their surface to activate the T cells.

The new findings explain why DCs are not effective in executing a specialised process that is required for inducing antitumor immune responses and effective cancer immunotherapy.

“Dendritic cells are essential for prompting the immune response against malignant cells and for driving the clinical success of cancer immunotherapy, but their function is often defective in cancer patients,” said Dr Dmitry I. Gabrilovich, Christopher M. Davis Professor and program leader of the Immunology, Microenvironment & Metastasis Program at the Wistar Insitute. “Our research sheds light on the mechanism of this impairment, pointing us in the direction of new strategies for improving the response to immunotherapy.”

DCs are specialised immune cells that can ingest foreign antigens, degrade them and present the fragments on their surface to activate T cell-mediated immunity. Antigens are exposed on the surface of DCs in a protein complex along with major histocompatibility complex (MHC) proteins that mediate the recognition and activation of the appropriate T cell subtype. Different classes of MHC molecules exist and are involved in immunity against pathogens and tumour cells as well as the formation of immune tolerance to self-antigens.

DCs are fundamental players in antitumor immunity through a process known as antigen cross-presentation, in which they process tumour-derived antigens into the MHC class I pathway for presentation to T cells that have the ability to kill cancer cells. This DC function is also required for the success of cancer vaccines and immunotherapy, but it is well established that tumour-associated DCs are defective in their ability to perform antigen cross-presentation. DCs from cancer patients and tumour-bearing animal models also accumulate higher amounts of lipids compared with DCs from healthy individuals, a process that has been implicated in defective cross-presentation by DCs. The mechanism underlying this association was unknown.

In collaboration with the group of Dr Valerian Kagan, at the University of Pittsburgh, Dr Gabrilovich and colleagues analysed in great detail the events that take place in the DCs from tumor-bearing mice models and found that impaired cross-presentation, which occurred in the presence of tumor-derived factors, was associated with defective trafficking of the antigen-MHC complex to the cell surface. Importantly, they also observed that tumour-associated DCs accumulate chemically altered lipids that are the product of oxidative modification. Compared to unaltered lipids, these modified lipids had different ability to interact with target proteins, thus modifying their function.

Computational analysis, as well as direct experiments, identified some of the target proteins that strongly interact with the modified lipids, showing that these proteins are involved in the transport of the antigen-MHC complex to the cell surface. Interfering with the function of their targets, these interactions ultimately impair cross-presentation.

“Our findings present new potential targets for therapeutic regulation of cross-presentation,” said Dr Filippo Veglia,  first author of the study and staff scientist in the Gabrilovich Lab. “For example, we investigated the effect of the antioxidant vitamin E and found that it abrogated the tumour-induced defects in cross-presentation by DCs.”

The work was published online in Nature Communications.

The Wistar Institute, University of Pittsburgh