BNIP1 identified as a risk gene for ALS 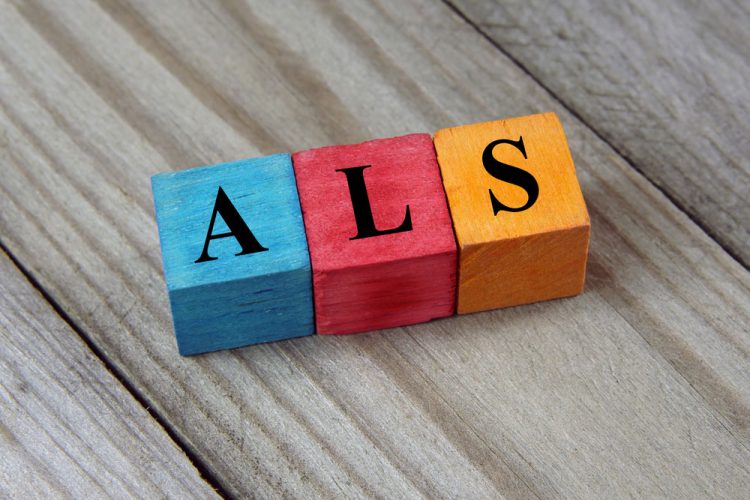 The largest analysis to date of genetic data in amyotrophic lateral sclerosis (ALS) — has identified two previously unrecognised genetic risks that are significantly associated with the disease.

In the new study scientists from UC San Francisco and Washington University found that one of the newly identified ALS-associated genetic variants also is a risk factor for another neurodegenerative disease, frontotemporal dementia (FTD), which typically weakens a different set of brain functions.

Many questions remain about the distinctions and similarities between the start and progression of ALS, which affects about 30,000 people in the United States, and that of other neurodegenerative diseases, such as Alzheimer’s, Parkinson’s and FTD.

Alzheimer’s disease, in particular, has been associated with other neurodegenerative disorders and even shares risk factors with cardiovascular disease, according to Dr Rahul Desikan, an Assistant Professor with the UCSF Department of Radiology and Biomedical Imaging and corresponding author for the new study. But to some extent, ALS seems to stand apart from these other disorders in terms of the genetic mutations that appear to elevate disease risk, he said.

“In this study, we found that ALS is closely related genetically to frontotemporal dementia, but not to any of the other common neurodegenerative diseases, like Alzheimer’s or Parkinson’s,” Dr Desikan said.

The study, a broad analysis of data from previous studies, was led by Dr Desikan and by co-corresponding author, Dr Celeste Karch, an Assistant Professor with the Department of Psychiatry at Washington University, in St. Louis.

For their new analysis, the researchers pooled data from previous genome-wide association studies that included genetic data from 124,876 individuals of European ancestry. The studies included healthy controls, as well as individuals affected by ALS; Alzheimer’s; Parkinson’s; FTD; corticobasal degeneration (CBD), which kills neurons in the cerebral cortex and other brain regions; and progressive supranuclear palsy (PSP), a disease that affects gait and movement, including eye movement, but which is clinically distinct from Parkinson’s.

Dr Desikan and Dr  Karch were especially interested in identifying genetic variations that would appear in identical form in different individuals, but that might result in elevated risk for different diseases, pointing to varying effects on the molecular or cellular level. In their meta-analysis of previous studious, they applied statistical methods that have been developed to identify individual bits of DNA in which mutations or inherited variations may be associated with more than one disease.

The researchers found that a specific variation in a region of DNA containing the gene for microtubule-associated protein tau (MAPT), also known as tau protein, was associated with elevated risk for ALS. Specific mutations in tau previously have been associated with other neurodegenerative diseases, and abnormal tau accumulation has been observed in brain regions affected by Alzheimer’s. Different mutations in the tau gene often have been associated with different neurodegenerative diseases. The specific genetic variant identified in the new study was associated only with ALS, not with the other diseases included in the study.

The other major, new finding of the study was a genetic variation that is associated with both ALS and FTD, and which affects production in the human brain of a protein called BNIP1. BNIP1 is required for the normal function and development of neurons. Levels of BNIP1 have been found to be diminished in motor neurons isolated from the spinal cords of ALS patients after death, and in a mouse model for ALS. Lower levels also have been measured in the brains of patients with FTD or PSP.

A large majority of ALS cases arise sporadically. Genetic variations that modestly elevate risk for ALS have been identified in association with more than two dozen different genes. Non-genetic risks, such as environmental exposures, are also believed to play a role. In addition, roughly 10 percent of ALS runs in families, and among these families several common causative gene mutations have been identified that account for most familial cases. ALS is not uniform in time course or symptomology. The disease usually progresses steadily from the time of diagnosis. According to the ALS Association the average age of onset is 55. Only about 10 percent of those newly diagnosed with ALS survive 10 years or more. Hawking, who died on March 14, was a notable exception, as he was diagnosed as a young adult and lived to be 76.

According to Dr Desikan, additional large genetic studies may illuminate how subtly different neurodegenerative processes arise in association with different mutations, including genetic variations that differ only slightly from one another.

“I think this kind of big-data approach can point us in the right direction on where to start for better understanding ALS, which remains poorly understood,” he said.

The research has been published in JAMA Neurology.