Researchers have found a surprising use for EGCG: sneaking therapeutic RNAs into cells… 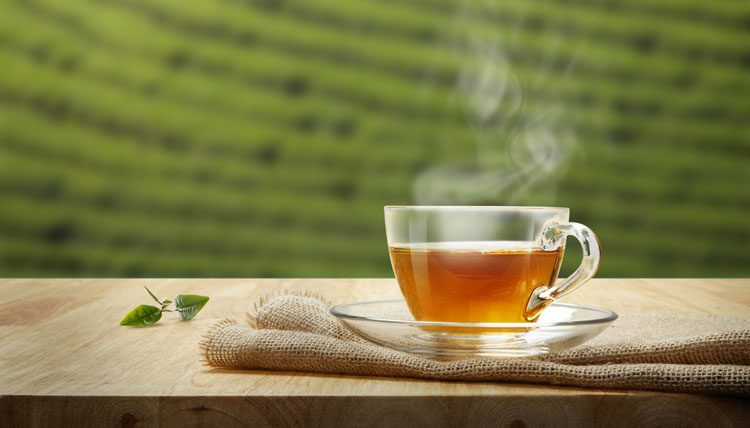 Drinking green tea has been linked to health benefits ranging from cardiovascular disease prevention to weight loss. Although many of these claims still need to be verified in the clinic, an antioxidant in green tea called epigallocatechin gallate (EGCG) appears to have beneficial effects in cells and animals. Now, researchers have found a surprising use for EGCG: sneaking therapeutic RNAs into cells.

Small interfering RNAs (siRNAs) have great therapeutic potential because they can dial down the expression of disease-related genes. However, getting siRNAs into cells where they can do their job has been challenging. Being relatively large and negatively charged, siRNAs cannot easily cross the cell membrane, and they are susceptible to degradation by RNA-chomping enzymes. To overcome these problems, some researchers have tried coating siRNAs with various polymers. However, most small polymers can’t shuttle siRNAs into cells, whereas larger polymers can be effective but are generally toxic. Yiyun Cheng and colleagues wondered if they could use EGCG, which is known to bind strongly to RNA, in combination with a small polymer to form nanoparticles that safely deliver siRNA into cells.

They report their results in ACS Central Science.