Phase III clinical trials for a drug targeting amyloid beta plaques are underway, with results expected in the next two to three years… 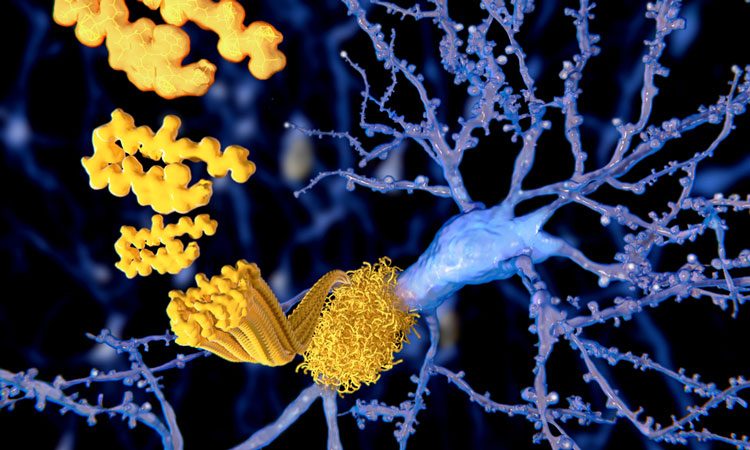 For a long time, clinical trials targeting amyloid β have not succeeded, with results consistently being disappointing. Amyloid β, together with the tau protein, have long been regarded as significant biomarkers for Alzheimer’s disease.

Recently, this protein has come back into the light as a potential therapeutic target. A recent Phase III study conducted at MedUni Vienna, under the instruction of Dr Elizabeth Stögmann from MedUni Vienna’s Department of Neurology, is currently testing monoclonal antibodies that are directed at amyloid deposits in the brain, and, in theory, dissolves them.

The researchers now intend to identify whether by destroying the plaques, it is possible to slow the deterioration of memory function in the patients.

Dr Stögmann, an Alzheimer’s expert, explained: “After many years of failures with anti-amyloid therapies, there is hope that these can now, at the very least, effectively attack their targets – amyloid β plaques – and clear them out of the brain. The improved results that we have now obtained with anti-amyloid antibodies are largely due to the fact that higher doses of these treatments are being used.”

The drug, aducanumab, that is currently being tested in a Phase III trial, is given to patients intravenously once a month.

It attacks the protein deposits directly, and helps to dissolve them in the brain, which in turn reduces the plaques that are typical in Alzheimer’s.

“Now that this beneficial effect has been proven, we will investigate whether clearing of the plaques can also help to stop, or at least slow down, the deterioration of memory function in those affected. There is once again hope!” said Dr Stögmann.

The neurologist believes that the results of the study will be available in two-three years’ time.

Many presume that the antibodies against the amyloid β protein work better the earlier they are given to the Alzheimer’s patient. The disease affects many people worldwide, and diagnosis of the disease relies on cognitive symptoms noticed by patients, or their close family.