‘Activating’ the immune system against cancer

A study has found that the immune system can be harnessed to fight cancer cells in a particularly efficient manner, one also effective in lung cancer… 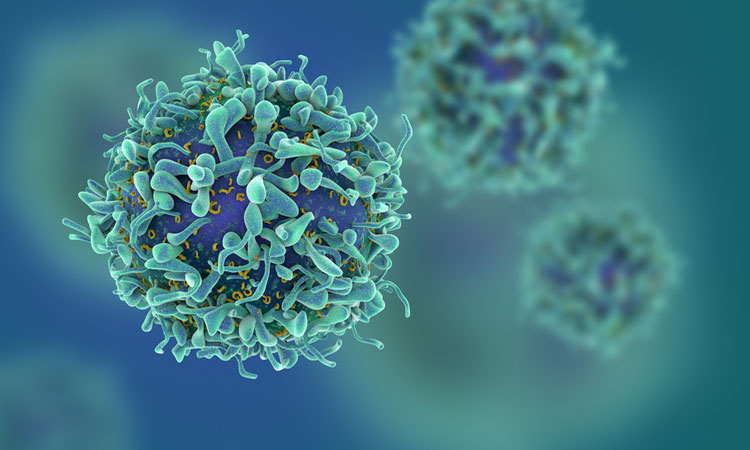 A mechanism for activating the immune system against cancer cells allows immune cells to detect and destroy cancer cells better than before.

The study was led by Professor Nick Haining, at Harvard Medical School, and was co-authored by Professor Erez Levanon, doctoral student Ilana Buchumansky, of the Mina and Everard Goodman Faculty of Life Sciences at Bar-Ilan University, and an international team.

The focus of the study was to develop a mechanism that routinely serves the cell by marking human virus-like genes in order to avoid identifying them as viruses.

Prof Levanon, together with the Harvard team, discovered during the study that when inhibiting this mechanism, the immune system can be harnessed to fight cancer cells in a particularly efficient manner, and also more effectively in both lung cancer and melanoma.

In recent years, a new generation of cancer drugs has been developed which blocks proteins that inhibit immune activity against malignant tumors. These drugs have shown remarkably poisitve success in several tumor types, in some.

This year’s Nobel Prize in Medicine was awarded to James Allison and Tasuku Honjo, who discovered the key genes of this mechanism.

Despite this achievement, the current generation of drugs helps only a small number of patients, while most of the drugs fail to cause the immune system to attack the tumor.

The research team hope that the new discovery will allow enhanced activity of the immune system to attack cancer cells. A number of companies have already begun research to screen for drugs that will operate on the basis of this discovery.