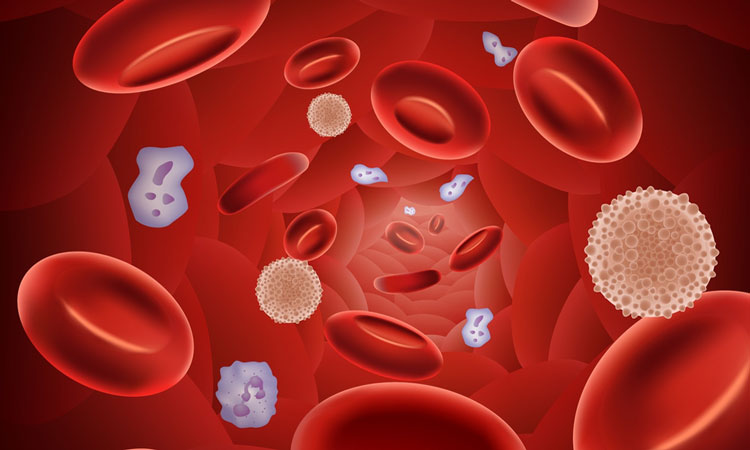 Researchers have developed a reversible, antiplatelet therapy that may be able to reduce the risk of blood clots and could prevent cancer metastasis. The team modified human platelets to create ‘decoys’ that were capable to binding to some cells, but would not aggregate, be associated in chemical signalling associated with the clotting process, or carry out other ordinary platelet functions.

In the body, platelets play a vital role in hemostasis; stopping bleeding, and thus help to protect against minor bleeding, and that which can be life-threatening. They also play a pivotal role in arterial thrombogenesis, and when released from the bone marrow into the blood, the platelets respond to vascular lesions by becoming adherent within milliseconds – forming aggregates at site of injured endothelial cells. 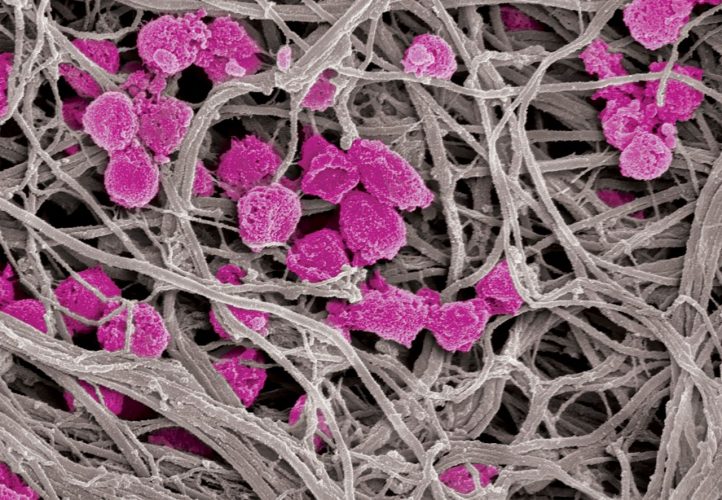 Platelet decoys (pink), unlike normal platelets, are not activated by collagen fibers (gray), making them an attractive option for antithrombotic and cancer treatment. Credit: Wyss Institute at Harvard University

In cancer metastasis, platelets bind to tumour cells and protect them from the body’s immune system and shear stress, as they circulate in the blood stream. Platelets also help the cancer to exit using blood vessels, and then go on to infect distant tissues within the body.

Using a detergent treatment and a centrifuge, the researchers stripped the human platelets of their inner structures, removing their aggregation abilities, and basic activation. These platelets were then one third the size of ordinary platelets, and they retain their adhesion receptors on their surface, meaning they can bind to other cells (such as cancer cells) but not become active during the process.

The research team were also able to reverse the effects of these ‘decoys’ on normal platelets through the introduction of fresh platelets to the blood.

“The reversibility and immediate onset of action are major advantages of our platelet decoys, and we envision them to be useful in hospital-based situations,” Dr Anne-Laure Papa, an Assistant Professor of Biomedical Engineering at the George Washington University, said.

Prof Papa was a postdoctoral fellow at Harvard University’s Wyss Institute when the research was conducted. “The therapy could prevent clotting in high-risk patients just before they undergo surgery, or be given to cancer patients alongside chemotherapy to prevent existing tumors from spreading.”

“Our ability to reverse the platelet inhibiting effects with a simple reintroduction of normal platelets is very encouraging as currently available anti-platelet agents are often difficult to reverse in emergency settings such as severe bleeding,” Prof Papa said.

Using a vasculature-emulating microfluidic chip model, the decoy platelets were able to compete with normal platelets when binding to cancer cells and were effective in preventing cancer cell extrusion.

The team plan to continue working on this model to enhance circulation time in comparison to platelets, and look to investigate whether these can be used to transport drugs around the body.

The study was published in the journal Science Translational Medicine.