A study of almost half a million people links a mutation that protects against HIV infection to an earlier death. 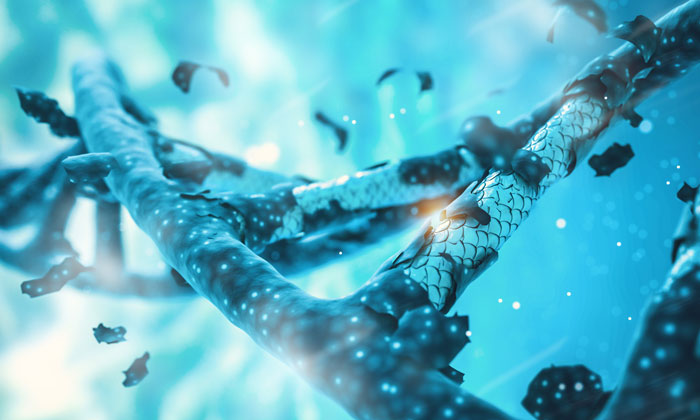 The scientist who edited the genomes of twin girls in an attempt to make them resistant to HIV might have inadvertently shortened their life expectancy.

According to a new study, people with two disabled copies of the CCR5 gene which protects against HIV infection are 21 percent more likely to die before the age of 76 than people with at least one working copy of the gene.

The analysis is based on genetic and health data from nearly 410,000 people enrolled in the UK Biobank research project. The study’s authors did not have enough data to estimate survival probabilities beyond the 76-year mark.

Philip Murphy, a molecular immunologist at the US National Institute of Allergy and Infectious Diseases in Bethesda, Maryland said that the study is limited because its data came from people who were aged 41 or older, and would exclude anyone who died earlier, or ill people who didn’t enroll in the UK Biobank.

He Jiankui, a biophysicist at the Southern University of Science and Technology in China, faced condemnation after revealing last November that he had used CRISPR technology to make the first babies with edited genomes.

The choice of the gene used was also questioned. CCR5 encodes a protein that allows HIV to enter immune cells. Deleting part of the gene can disable it — mimicking a naturally occurring mutation, CCR5-Δ32, that confers resistance to HIV.

The CCR5-Δ32 mutation is common in some human populations. About 11 percent of the UK population carries the mutation in at least one copy of the CCR5 gene, and the rate is even higher in parts of Scandinavia. Mutations that delete part of a functional gene are rarely so widespread.

The prevalence of CCR5-Δ32 suggests that, at least in some cases, disabling the CCR5 gene can confer an evolutionary advantage, Murphy says. But scientists don’t know what that might be.

The apparent link between the CCR5-Δ32 mutation and life expectancy is not surprising, says David Melzer, an epidemiologist at the University of Exeter, UK, who uses the UK Biobank to study longevity. One of the genetic markers used to test for the mutant form of CCR5 is associated with autoimmune conditions that can shorten a person’s life.

Evolutionary biologist, April Wei of the University of California, Berkeley, who developed a computational tool to link genetic mutations with lifespan using data from the UK Biobank opines that the study’s findings reinforce the idea that disabling the gene in human embryos is a bad idea: “I think it’s really hard to prove that a gene is unconditionally beneficial and that is something to think about,” she added. “Even if we resolve the technical difficulties and ethical issues, could we really edit a gene if we don’t know if it might have a deleterious effect?”

The study was published on 3 June in Nature Medicine.