Protective antibodies identified that could be key to malaria vaccine

A new study has identified antibodies that may hold the key to creating the first effective vaccine against malaria infection in the blood. 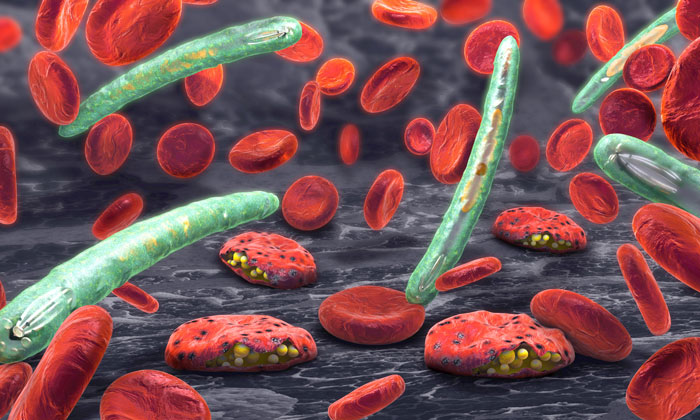 A new study has identified the human antibodies that prevent the malaria parasite from entering blood cells, which may be key to creating a highly effective malaria vaccination.

“The malaria parasite has a protein called RH5, which must bind to a human protein on red blood cells called basigin in order to infect them,” said study author Simon Draper, Professor of Vaccinology and Translational Medicine at the Nuffield Department of Medicine, University of Oxford. “In this study, we were able to demonstrate which human antibodies effectively block RH5 from binding with basigin, thus preventing the parasite from spreading through the blood.”

The study was done as part of a clinical trial in Oxford of the first vaccine that targets the RH5 malaria protein. “When someone is vaccinated, they make many different types of antibodies against the same RH5 target,” explained co-author and researcher Dr Daniel Alanine. “This study is key to understanding which specific antibodies are actually effective against malaria, and which are not.”

A key finding of the study is the identification of a new antibody, which works by slowing down the speed in which RH5 binds to red blood cells. “The parasite can still invade, but this antibody slows down the invasion,” continued study co-author Matthew Higgins, Professor of Molecular Parasitology at the Department of Biochemistry, University of Oxford. “This gives the antibodies that do block RH5 more time to act, helping them become more effective. This is an exciting finding because it shows that antibodies which do not prevent the parasite from getting into red blood cells might still be useful, by making the protective antibodies more potent.”

“We know the key to stopping malaria is a strong immune response, and so every antibody counts,” added Draper. “What we must do next is use these findings to develop an improved RH5 vaccine that induces more of the effective antibodies and less of the non-effective ones – this will ultimately make a better vaccine, and hopefully lead to an effective means of preventing malaria.”

The results of the study were published in the journal Cell.