Study discovers key process in the cause of cell aging

Researchers have identified a key process behind senescence, or why cells age, which could be used to improve treatments for cancer.

New findings have revealed a key system in the aging process. According to the researchers, the results could pave the way for better cancer treatments and revolutionary new drugs. The research was conducted by the University of South Carolina Viterbi School of Engineering, US.

“We’re trying to study the reasons cells age, so that we might be able to design treatments for better aging,” said Assistant Professor Nick Graham who led the research.

The team focused on senescence, a natural process where cells permanently stop dividing and is why cells experience age-related decline.

The researchers observed that the senescent cells stopped producing nucleotides, the building blocks of DNA. Taking young cells, they forced them to stop making nucleotides to become senescent, or aged.  “Senescent cells are effectively the opposite of stem cells, which have an unlimited potential for self-renewal or division,” lead author Alireza Delfarah said. “Senescent cells can never divide again. It’s an irreversible state of cell cycle arrest.” 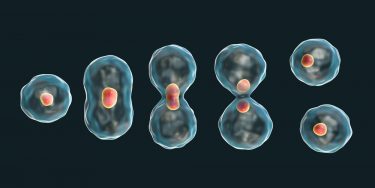 The team concluded that the production of nucleotides is essential to keep cells young. They also suggest that preventing cells from losing nucleotide synthesis would mean the cells might age more slowly.

They examined young cells that were multiplying rapidly and gave them molecules labelled with stable isotopes of carbon, to trace how the nutrients consumed by a cell were processed into different biochemical pathways.

Developing three-dimensional images, the researchers revealed that senescent cells often have two nuceli and do not synthesise DNA.

Previous studies of senescence have usually been in cells called fibroblasts, but the team investigated epithelial cells instead, where cancer often develops.

The goal of the researchers was to not completely prevent senescence but remove them to promote healthy aging and better function.”Sometimes people talk about senescence as a double-edged sword, that it protects against cancer, and that’s a good thing,” Graham said. “But then it also promotes aging and diseases like diabetes, cardiac dysfunction or atherosclerosis and general tissue dysfunction.”

The team are applying their findings to the emerging field of senolytics, the development of drugs that may be able to eliminate aging cells. Studies with mouse models have previously shown that mice can age better with a more productive life span with these treatments.

Within this field, Graham says that they are “studying senescent cell metabolism and trying to figure out how the senescent cells are unique, so that you could design targeted therapeutics around these metabolic pathways.”

The results were published in the Journal of Biological Chemistry.