Scientists have found a way to target and knock out a protein which is widely involved in pancreatic cancer cell growth, survival and invasion. 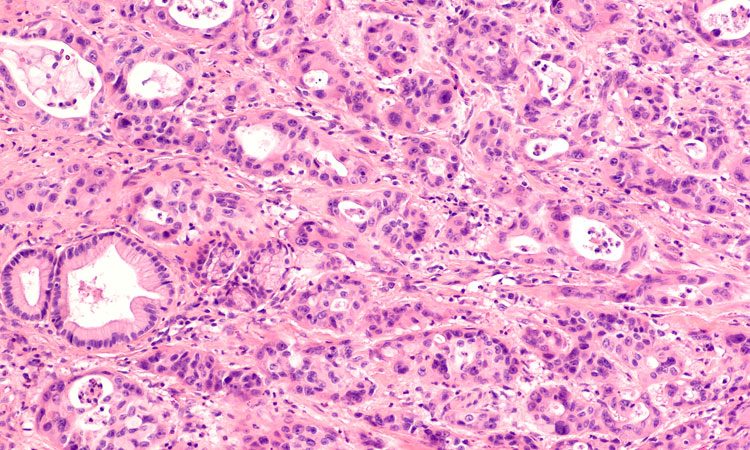 Researchers have confirmed the prevalence of a protein they discovered (αvβ6) not only in primary cancer, but also in metastasised tumours that had spread from the pancreas to other organs in the body.

The researchers from Barts Cancer Institute, Queen Mary University of London reported how a particular antibody, used in combination with leading pancreatic cancer drug, gemcitabine, successfully reduced tumour growth in the mice and delivered up to a six-fold increase in survival time, compared to the control. They further said their results confirm that αvβ6 should be a focus for research into new antibody therapies for pancreatic cancer.

“Analysing these samples gave much richer data than in previous studies,” said Professor John Marshall, who led the research. “Previously we only looked at samples from tumours which had been surgically removed which, by definition, were not as far advanced. Using samples from the Rapid Autopsy Programme we were able to confirm the αvβ6 protein is retained when the cancer spreads and confirms its importance.”

The team then developed PDAC tumours containing the αvβ6 protein which were put into mice and treated with the antibody 264RAD. Using a strain of mouse whose tumours closely mimic the human form of the disease, the team showed that they could increase the survival of the mice from an average of 10 days to up to 60 days using a combination of 264RAD and gemcitabine.

Based on these results, the team have speculated that the protein αvβ6 is responsible for continually activating TGFβ and driving the production of blood vessels and fibroblasts to help the tumour grow.

The study was published in the Journal of Pathology.