Breast cancer progression may be halted with CRISPR gene editing

A tumour-targeted CRISPR gene editing system encapsulated in a nanogel could halt the growth of triple-negative breast cancer. 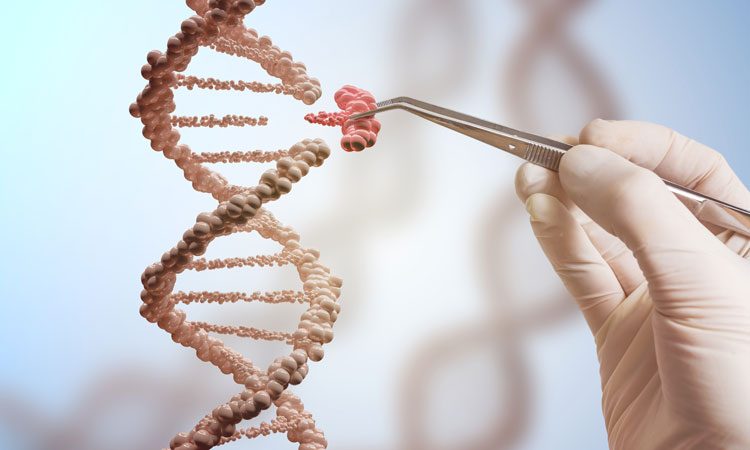 A tumour-targeted CRISPR gene editing system, encapsulated in a nanogel and injected into the body, could effectively and safely halt the growth of triple-negative breast cancer (TNBC). The proof-of-principle study from researchers at Boston Children’s Hospital, conducted in human tumour cells and in mice, suggests a potential genetic treatment for triple-negative breast cancer.

The treated mice showed no evidence of toxicity”

Led by Peng Guo, PhD and Marsha Moses, PhD, in the Vascular Biology Program at Boston Children’s Hospital, the new study represents the first successful use of targeted CRISPR gene editing to halt growth of a TNBC tumour in vivo. The new system is non-toxic and utilises antibodies to selectively recognise cancer cells while sparing normal tissues.

Experiments showed that the CRISPR editing system was able to home in on breast tumours and knock out the breast-cancer promoting gene, Lipocalin 2. The approach attenuated tumour growth by 77 percent in the mouse model and showed no toxicity in normal tissues.

This approach encapsulates the CRISPR editing system inside a soft ‘nanolipogel’ made up of nontoxic fatty molecules and hydrogels. Antibodies attached to the gel’s surface then guide the CRISPR nanoparticles to the tumour site. The antibodies are designed to target ICAM-1, a molecule which is a novel drug target for triple-negative breast cancer.

The particles can more efficiently enter cells than their stiffer counterparts because they are soft and flexible and are able to fuse with the tumour cell membrane and deliver CRISPR payloads directly inside the cell.

“Using a soft particle allows us to penetrate the tumour better, without side effects and with bigger cargo,” said Guo. “Our system can substantially increase tumour delivery of CRISPR.”

Experiments showed that loss of the oncogene inhibited the cancer’s aggressiveness and tendency to migrate or metastasize. The treated mice showed no evidence of toxicity.

Moses believes the team’s CRISPR gene editing platform could be adapted to treat pediatric cancers as well and could also deliver conventional drugs. “Our system can deliver significantly more drug to the tumour, in a precise and safe way,” Moses said.

The new, patent-protected strategy has been reported in the journal PNAS.