Unhealthy gut microbiomes in mice remodelled into more healthy ones

Scientists have shown that there are molecules to remodel the gut microbiome and turn an unhealthful gut into a more healthful one for the first time. 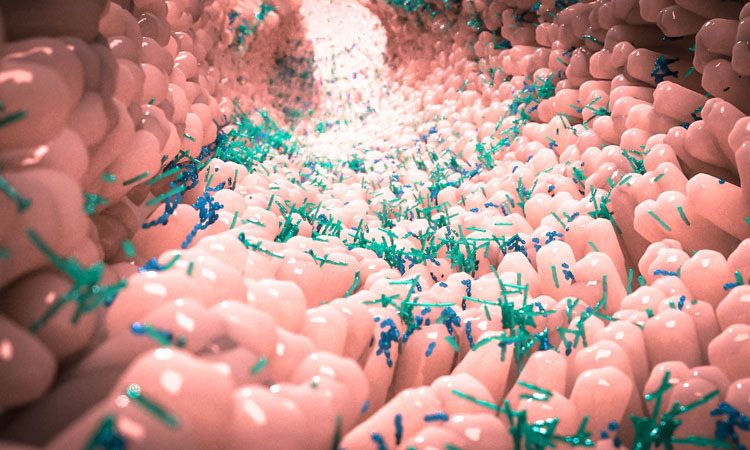 Scientists have reported the development of molecules that can change, or remodel, unhealthy gut microbiomes in mice into more healthy ones. According to the researchers, using their process to sequence the guts of individuals could eventually aid in the development of therapies for the gut.

“Current methods aimed at improving the makeup of gut microbiomes have involved prebiotics, probiotics or drug therapies,” said M Reza Ghadiri, PhD, leader of the study. “Our goal was to take a totally new approach – to remodel the microbiome.”

The key to this new research is a class of molecules called self-assembling cyclic D, L-α-peptides. These were created in Ghadiri’s laboratory originally to kill pathogenic bacteria and have a highly specific mode of activity and selectivity against different bacterial species.

“Our hypothesis was that instead of killing bacteria, if we could selectively modulate the growth of certain bacteria species in the gut microbiome using our peptides, more beneficial bacteria would grow to fill the niche and the gut would be ‘remodelled’ into a healthful gut,” Ghadiri explained.

Our theory was that the process would prevent the onset or progression of certain chronic diseases.”

To test this, Ghadiri chose cardiovascular disease and used a strain of mice known as LDL receptor knockout mice. “These mice have been bred to thrive on low-fat diets, but when they are fed a diet high in saturated fat they develop high plasma cholesterol, especially the LDL or ‘bad’ type,” Ghadiri said.

To find the best peptides to test on the mouse model, the team developed a mass screening assay. They grew a representative mouse microbiome in the lab and then tested various peptides with it. Ghadiri then selected two peptides that appeared to be the most effective for remodelling the mouse gut microbiome into a state resembling the gut microbiome of the mice on a low-fat diet.

“Mice fed the Western diet with our peptides had a 50 percent reduction in total plasma cholesterol and there was no significant plaque in the arteries, compared to the mice fed a Western diet and no peptides,” Ghadiri continued. “We also saw suppressed levels of molecules that increase inflammation and rebalanced levels of disease-relevant metabolites. These mice resembled those on a low-fat diet.”

Ghadiri says that the mechanisms by which this takes place most likely involve genes that affect bile acids, which in turn affect the metabolism of cholesterol, as well as other genes that affect inflammatory processes such as atherosclerosis.

“This opens up clear therapeutic possibilities. We can sequence the guts of individuals and eventually develop therapies,” he said.