Weapon bacteria could be copied to create new forms of antibiotics

New antibiotics could be designed by discovering the mechanism a weapon bacteria uses to vanquish their competitors. 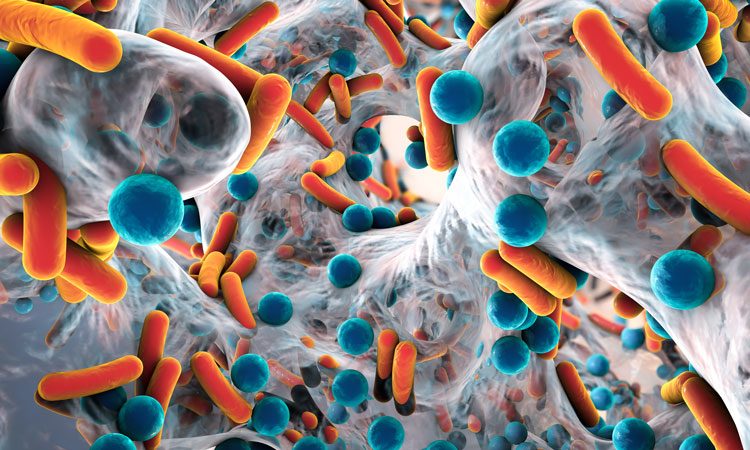 A novel weapon that bacteria use that works in a similar way to common antibiotics has been uncovered by researchers. This could lead to new antibiotics being designed to fill the gap left by rising levels of antibiotic resistance.

The researchers from Imperial College London have discovered a new kind of toxic arrowhead used by the bacterium Pseudomonas aeruginosa, called VgrG2b, with the toxin found at the very tip. By analysing the atomic structure of the toxin, the team showed that it is an enzyme known as a metallopeptidase, which breaks down proteins.

Once fired into a rival bacterium, VgrG2b targets the cell envelope, between the inner and outer bacterial membranes and encompassing the cell wall. “This vital area provides structural integrity to the cell, regulates its growth and acts as a protective barrier against the external environment,” said Dr Abderrahman Hachani, now at the University of Melbourne.

VgrG2b prevents the cell from dividing, causing it instead to bulge and eventually explode as the integrity of the cell fails.

This form of attack is similar to how a group of antibiotics, called beta-lactams, work. These include penicillin, and as is the case with many classes of antibiotics, many harmful bacteria are becoming resistant to them.

“The impact of VgrG2b on target cells mimics the action of beta-lactam antibiotics,” added Dr Thomas Wood, now at Harvard Medical School. “Yet it is clear that its mode of action is different. By further understanding and characterising the molecular targets of VgrG2b, and how the toxin works, this research would support the design of new antibiotics.”