Researchers have created ‘three-parent flies’ which can be used as a model to study mitochondrial diseases and screen potential drug compounds. 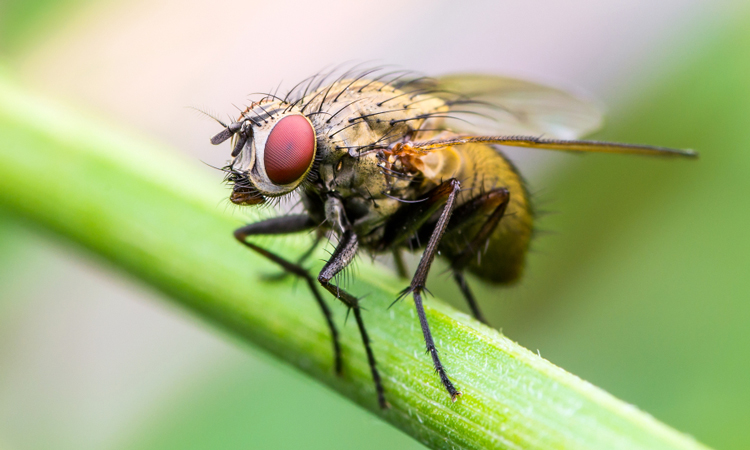 Scientists have identified a protein in fruit flies that can be targeted to reverse the effects of disease-causing mutations in mitochondrial genes. Their discovery could provide clues about how to counteract human mitochondrial diseases, for which there is currently no cure.

The study was conducted at the University of Cambridge, UK, along with research at the Wellcome Trust and Cancer Research UK Gurdon Institute.

Mitochondria carry their own DNA which encodes 13 proteins essential for producing energy. This is distinct from the DNA in the cell nucleus which encodes the blueprint for the whole organism. Mitochondrial DNA (mtDNA) is inherited solely from the mother, through the egg, but during development and ageing can mutate.

When the proportion of harmful mutations goes beyond 60-80 percent of all the mtDNA copies in a cell, there is not enough energy to support the normal cellular activities and disease symptoms will emerge.

Researchers now have devised a model in the fruit fly to examine how the abundance of mutated mtDNA changes over time. This competition between healthy and mutated mitochondrial genomes is a fundamental feature of development and could be influenced by the nuclear DNA, but little is known about how.

The scientists created ‘three-parent flies’ which inherit some of their mtDNA from a second mother. The flies carry two competing mitochondrial genomes, one healthy and one mutated, that are normally balanced and co-transmitted to subsequent generations. However, a change in the nuclear DNA can tip the balance in favour of one mitochondrial genome at the expense of the other.

Using these three-parent flies in a ‘genetic screen’ allowed the scientists to measure the influence of every individual nuclear gene on the competition between healthy and diseased mitochondrial genomes.

The study identified multiple nuclear genes that could limit the harmful mitochondrial genome being passed on during development or to the next generation. One of these genes codes was for a protein called mtDNA polymerase. Reducing the amount of mtDNA polymerase increases the percentage of healthy mtDNA from 20 percent to 75 percent in just one generation. This increase eradicated disease symptoms and the new flies were much healthier.

There is no equivalent mouse model or human cell line in which scientists can perform such a genome-wide genetic screen to look at the effect of nuclear genes on the manifestation of mitochondrial disease. This model, using three-parent flies, is designed to help understand why mutant mtDNA may cause problems of different severity among different people and between different tissues in the body. The new results show that reducing the activity of a nuclear gene can almost eliminate the harmful mtDNA mutations and could potentially be used to reverse mitochondrial disease symptoms. This could provide a target for drugs to treat mtDNA-linked diseases.

“To achieve this dramatic change in the proportion of healthy mitochondrial DNA, we’re not changing an individual’s nuclear DNA,” says lead author Dr Hansong Ma, Group Leader at the Gurdon Institute. “All we are doing is reducing how much of certain proteins is produced. This could be achieved using drugs. Our fruit flies will help us rapidly screen potential drugs compounds.”