Copper oxide nanoparticles have successfully killed tumour cells in mice and when combined with immunotherapy, could work as a vaccine for cancer. 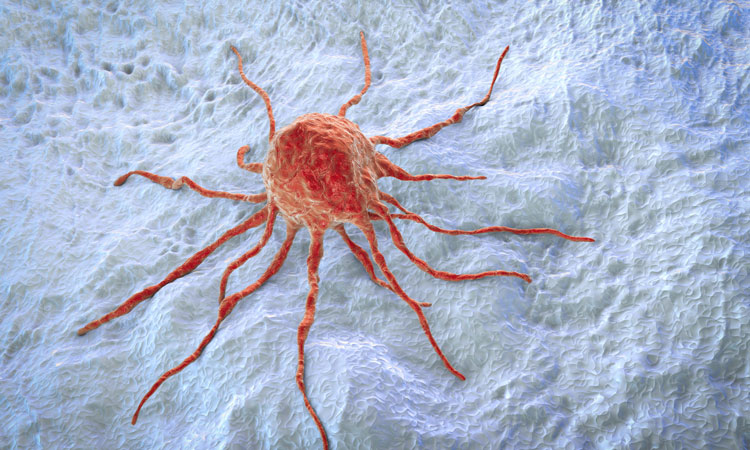 Tumour cells have been successfully killed in mice by scientists using nano-sized copper compounds together with immunotherapy and after the therapy, the cancer did not return.

The researchers discovered that tumours are sensitive to copper oxide nanoparticles – a compound composed of copper and oxygen. Once inside a living organism, these nanoparticles dissolve and become toxic. By creating the nanoparticles using iron oxide, the researchers were able to control this process to eliminate cancer cells, while healthy cells were not affected.

“Any material that you create at a nanoscale has slightly different characteristics than its normal-sized counterpart,” explained Professor Stefaan Soenen and Dr Bella B Manshian from the Department of Imaging and Pathology, who worked together on the study. “If we would ingest metal oxides in large quantities, they can be dangerous, but at a nanoscale and at controlled, safe, concentrations, they can actually be beneficial.”

The cancer returned after treatment with only the nanoparticles so they combined the nanoparticles with immunotherapy: “We noticed that the copper compounds not only could kill the tumour cells directly, they also could assist those cells in the immune system that fight foreign substances, like tumours,” said Dr Manshian.

The combination of the nanoparticles and immunotherapy made the tumours disappear entirely and as a result, works as a vaccine for lung and colon cancer, the scientists said. To confirm this, they injected tumour cells back into the mice and they were immediately eliminated by the immune system.

The authors state that the novel technique can be used for about 60 percent of all cancers, given that the cancer cells stem from a mutation in the p53 gene.

“As far as I’m aware, this is the first time that metal oxides are used to efficiently fight cancer cells with long-lasting immune effects in live models,” Professor Soenen said. “As a next step, we want to create other metal nanoparticles and identify which particles affect which types of cancer. This should result in a comprehensive database.”