Researchers have revealed that astrocytes contribute to reward signalling in the brains of mice, so could be a novel target to treat drug addiction. 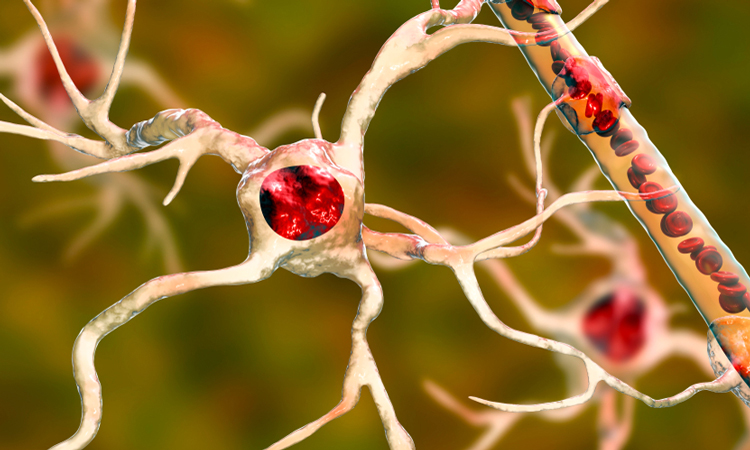 A new potential target for treating drug addiction has been identified by scientists investigating astrocyte calcium signalling in the brain.

The study, conducted at the University of Minnesota Medical School, US, revealed that targeting this signalling could decrease the behavioural effects of amphetamine.

According to the researchers, astrocytes have traditionally been considered the ‘support cells’ of the brain and ignored in terms of actively contributing to brain function. However, the current study shows that astrocytes do participate in information processing and in the functioning of organisms.

The scientists found that in mice, astrocytes respond to dopamine, a reward molecule, with increases in calcium in the nucleus accumbens, one of the major reward centres of the brain. This increase in calcium was related to the release of ATP/adenosine to modulate neural activity in the nucleus accumbens. Then, they looked specifically at amphetamine as it is known to increase dopamine and psychomotor activity in organisms.

They found that astrocytes respond to amphetamine with increases in calcium and when astrocyte activity was removed, the behavioural effects of amphetamine decreased in the models.

“These findings suggest that astrocytes contribute to amphetamine signalling, dopamine signalling and overall reward signalling in the brain,” said Dr Michella Corkrum, study co-lead. “Because of this, astrocytes are a potentially novel cell type that can be specifically targeted to develop efficacious therapies for diseases with dysregulated dopamine.”

The team plan to continue this research and explore what happens with repeated exposures, withdrawal and reinstatement of amphetamine and how the stage of addiction or disease state could affect the need to increase or decrease the activity of astrocytes.

The results were published in Neuron.