A loss-of-function mutation in the Prkd2 gene has been revealed as a driver of T follicular helper cell development which could be useful for vaccine design. 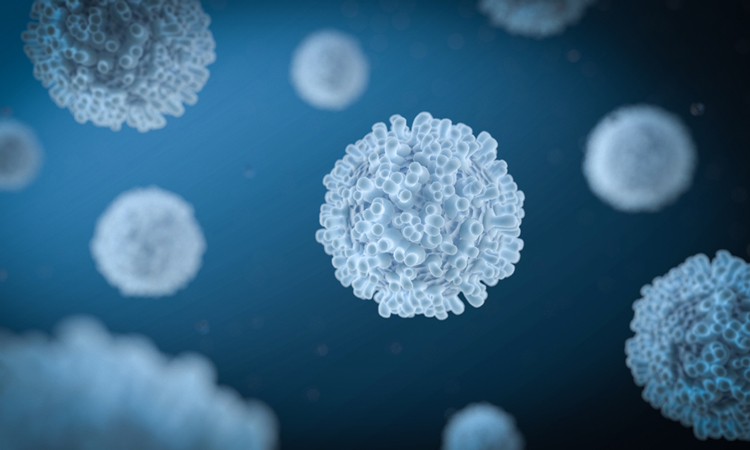 Researchers have identified a gene responsible for controlling the activity of T follicular helper cells (TFH), which assist B-cell production of antibodies.

Due to their role in antibody production and involvement in the immune response to vaccination, TFH have been scrutinised by immunologists.

As tipping the balance of TFH in the body can lead to diseases like autoimmunity or exacerbate viral infection, a better understanding of what regulates these elusive cells – discovered relatively recently, compared to their T-cell cousins – is crucial.

Now, a team from University of Texas Southwestern Medical Center, US, have pinpointed mutations in the gene Prkd2, called Purnama. This encodes for an enzyme studied extensively in cancer which causes excess TFH development. According to the researchers, Purnama results in a tryptophan to arginine substitution at amino acid 807 (p.W807R) within the Prkd2 kinase domain.

In mice models, the researchers found that those harbouring a Prkd2 loss-of-function mutation exhibited excessive TFH, formation of germinal centres (where B cells learn to produce antibodies) and B-cell activation. This resulted in elevated levels of the antibody IgE in the blood, a symptom that is commonly seen in autoimmune disease.

Purnama results in a tryptophan to arginine substitution at amino acid 807 (p.W807R) within the Prkd2 kinase domain”

The researchers found that expression of the Prkd2W807R protein was considerably lower than that of wild-type Prkd2. The wild-type gene was found to directly bind and phosphorylate Bcl6, master regulator of TFH, to suppress nuclear translocation of Bcl6 and subsequent differentiation of TFH. Thus, removal of this “Prkd2 brake” on Bcl6 permitted unrestricted Bcl6 translocation to the nucleus and commitment of the cell to the TFH programme, leading to TFH development.

“Excessive activation of TFH sometimes leads to severe illness such as allergy or autoimmune disease. Thus, it might be interesting to search for compound(s) that may increase the kinase activity of Prkd2 in CD4+ T cells,” Misawa concluded.

The results were published in Science Immunology.