Diabetes-related proteins examined for the first time at high resolution

A key receptor has been examined for the first time at high resolution which could lead to better treatments for conditions such as type 2 diabetes. 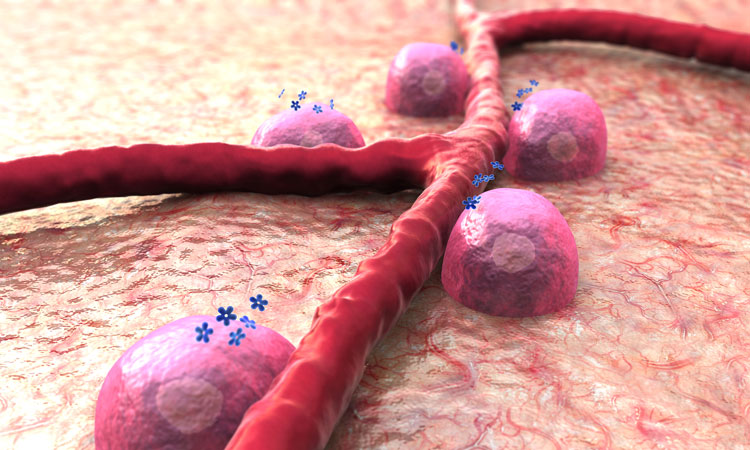 Scientists have examined a key receptor for the first time at high resolution which, they say, broadens understanding of how it might function and opens the door to future improvements in treating conditions such as type 2 diabetes.

The scientists were led by experts at the University of Birmingham, UK and the Max Planck Institute for Medical Research, Germany.

Glucagon-like peptide-1 receptors (GLP1R) are found on insulin-producing beta cells of the pancreas and neurons in the brain. The receptor encourages the pancreas to release more insulin, stops the liver from producing too much glucose and reduces appetite. This combination of effects can help to control blood sugar levels.

Therefore, GLP1R has become a significant target for the treatment of type 2 diabetes and a range of drugs are now available that are based on it. But much remains unknown about GLP1R function because its small size makes it difficult to visualise.

“Our research allows us to visualise this key receptor in much more detail than before,” David Hodson, Professor of Cellular Metabolism at the University of Birmingham. “Think about watching a movie in standard definition versus 4k, that’s how big the difference is. We believe this breakthrough will give us a much greater understanding of GLP1R distribution and function. Whilst this will not immediately change treatment for patients, it might influence how we design drugs in the future.” 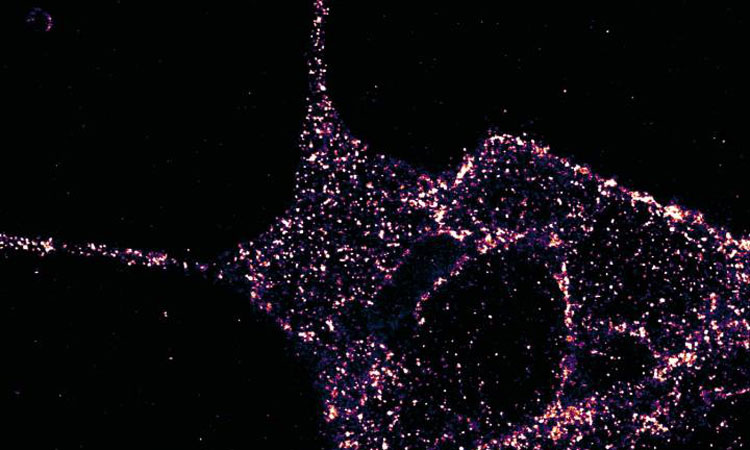 The researchers used a number of techniques to conduct a detailed examination of the receptor in living cells – including synthesis of marker compounds, immunostaining, super-resolution microscopy, as well as in vivo examination of mice.

“Our experiments, made possible by combining expertise in chemistry and cell biology, will improve our understanding of GLP1R in the pancreas and the brain. Our new tools have been used in stem cells and in the living animal to visualise this important receptor and we provide the first super-resolution characterisation of a class B GPCR. Importantly, our results suggest a degree of complexity not readily appreciated with previous approaches,” added Johannes Broichhagen, Departmental Group Leader of the Max-Planck Institute for Medical Research.