Researchers in the United States have used particles from the tobacco mosaic virus (TMV) to produce a new much-needed malaria vaccine. 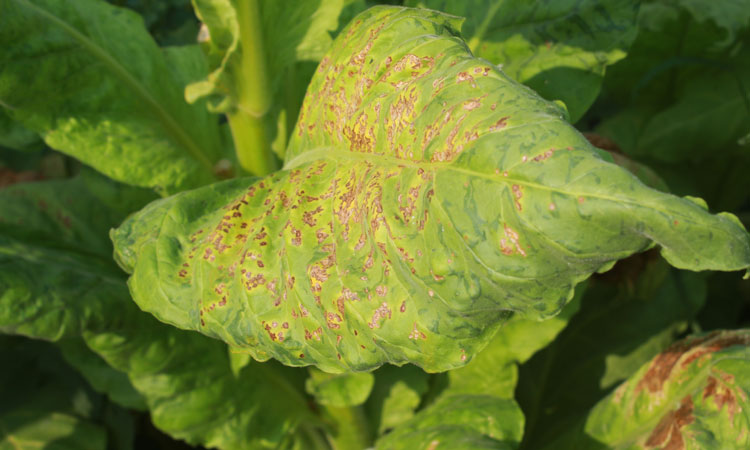 Scientists from the Walter Reed Army Institute of Research have demonstrated that this novel, second-generation TMV malaria vaccine candidate may offer protection against Plasmodium falciparum malaria – one of the four different species of Plasmodium parasite that causes malaria in humans.

Malaria, infecting approximately 228 million individuals in 2018, remains a meaningful threat to public health and regional stability. Large human populations live in malaria-infested regions of Africa, Southeast Asia and South America, where mosquitoes continuously transmit the malaria parasites from infected to healthy individuals. Though infection rates have been decreasing, this decline has stagnated in recent years, necessitating novel interventions. While malaria has been eradicated from the United States, it remains one of the top five infectious disease threats to deployed service members.

The first generation malaria vaccine, RTS,S (Mosquirix), developed through a collaboration between GlaxoSmithKline Vaccines and the Walter Reed Army Institute of Research, is based on the circumsporozoite protein (CSP) of Plasmodium falciparum. While RTS,S has provided high level protection in controlled human malaria infection trials, its potency and duration of protection against natural malaria infection requires improvement.

In an attempt to develop a second-generation CSP-based malaria vaccine, Dr Sheetij Dutta’s laboratory at the WRAIR Malaria Biologics Branch has used the nano-sized disk- and rod-shaped particles of the tobacco mosaic virus (TMV). TMV was one of the earliest known viruses found to cause mottling of tobacco leaves; but this new research shows that the TMV coat protein can also be highly effective as a vaccine scaffold to refocus the host immune system to the most vulnerable epitopes on CSP. Since the TMV-based malaria vaccine was produced using recombinant DNA technology in bacterial cells, it is non infectious to humans and will also not pose a risk to plants.

Is a universal vaccine against cancer possible?…

Dutta added, “The TMV-malaria vaccine showed a 10X improvement over a comparator vaccine in mice, and the superiority of this vaccine was confirmed in Rhesus monkeys. Serum antibodies from the vaccinated monkeys potently blocked parasite entry into human liver cells up to 11 months following vaccine administration. We are now exploring the utility of TMV particles for rational design of second-generation vaccines against other infectious diseases.”

This research appears in the upcoming journal Proceedings of the National Academy of Sciences.