Is a universal vaccine against cancer possible?

A new study has presented a potential strategy for a universal human cancer vaccine. This article delves into the researchers’ findings, exploring their methodologies and results. 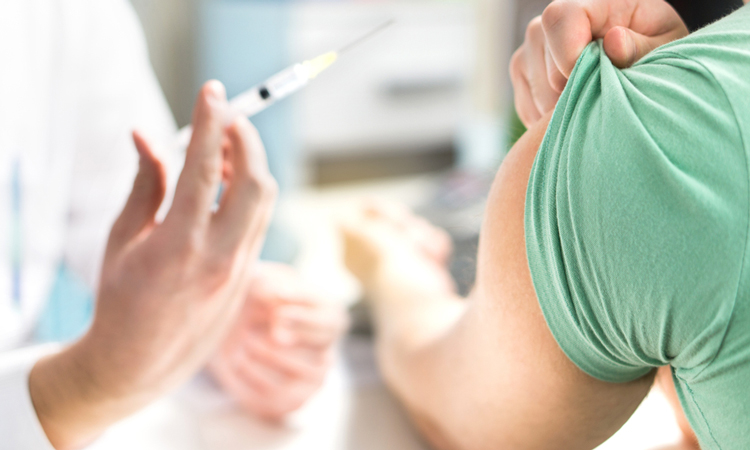 Researchers globally are investigating treatments for cancer, some with ambitious goals. One such group of scientists at Arizona State University, US, aim to develop a universal vaccine to prevent cancer.

According to Professor Johnston, cancer should be fought in the same way as an infectious disease. On this basis, the team  investigated tumours from cancer patients, with the aim of identifying common neoantigens that could potentially be used to develop a vaccine to fight all forms of tumour.

The group proposed three levels of therapy with a cancer vaccine that could be developed from their findings:

To reach this conclusion, the team searched for and uncovered 200,000 cancer neoantigens, which could potentially be used within cancer vaccines that have been overlooked by other researchers.

The team then sought to demonstrate the first proof-of-concept study for a cancer vaccine.

To begin, the researchers examined mutations in more than 50 cancer cell lines and 85 tissue samples from cancer patients in the Mayo Clinic Arizona. They also analysed the blood from patients in five different late-stage cancer types: lung, breast, brain, gastric and pancreatic. 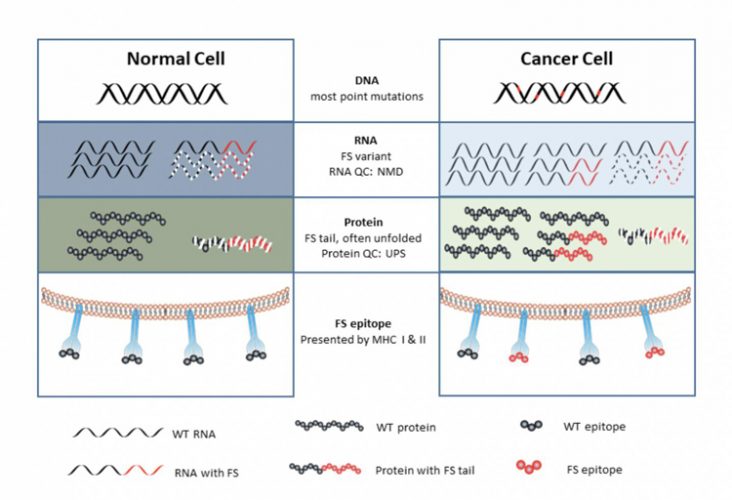 All levels of information transfer become more error prone. More errors are made in DNA replication, but only when cells divide (credit: Arizona State University).

For antigen analysis, the researchers developed a novel chip that presented all possible neoantigens, enabling them to screen efficiently for antibodies in the blood supplied by patients.

According to the team, this platform is far simpler than current approaches, which involve obtaining and sequencing DNA from the tumour, often a starting point for personal cancer vaccine research.

“Personal cancer vaccines are complicated and expensive,” said Johnston. “Also, only about 40 percent of tumours have enough mutations in the DNA to make a vaccine from. We discovered that even ‘cold tumours’ at the DNA level make mistakes at the RNA level. And the mistakes we focus on are frameshift peptides which are more immunogenic than the point mutations used in personal cancer vaccines. Most importantly, we can make off-the-shelf vaccines for therapeutic or even preventative vaccines, which will be much less expensive.”

Analysis of cancer tumour mutations revealed that all of the tumours synthesised neoantigens or peptides inside a cancer cell that the host’s immune system does not recognise.

The researchers predicted that a vaccine could be developed using these aberrant peptides (found only in cancer cells) to prime the immune system and protect a patient. The team were surprised to find the source of these neoantigens not at the DNA level but rather errors in the RNA.

The vaccine strategy designed by Johnston assumed that there would be a general increase in error rates happening when a tumour cell “speed reads” the instructions in DNA.

“In a cancer cell, it turns out that all levels of information that transfer from DNA to RNA to protein become more error prone,” said Johnston. “We proposed that these mistakes made in cancer cells may also be the source to make a cancer vaccine.”

Errors can occur when the information encoded in the DNA is wrongly processed during RNA transcription, leading to generation of frameshift peptides. These can usually be managed and cleaned up by the cell’s intracellular processes, never getting exposed to the immune system. However, if these errors increase, proteins can build up and overwhelm the cell. The aberrant proteins are then exposed and recognised by the cells of the immune system.

“These aberrant proteins  overwhelm the quality control systems of a cell, producing mistakes in RNA and proteins that are released from the cancer cell and the immune system can respond to,” said Johnston.

To identify splicing mutations, the researchers designed an array for detection of all possible predicted peptides that tumour cells could potentially produce and identified almost 400,000 frameshift peptides. The team then screened these against the blood samples of cancer patients and healthy samples as a control to search for peptides that had the most reactive antibodies.

In four of the five cancer types, with the exception of glioblastoma, the researchers found that the samples had significant numbers of peptides reacting with antibodies in the cancer patients, but not in the control samples.

The researchers noted that glioblastoma, one of the hardest cancers to treat, had the greatest potential for a personalised vaccine strategy. Of 17 glioblastoma samples studied, each patient had 5,800 frameshift peptides and 4,500 of these were unique to each individual.

Therefore, the authors state that pan-cancer peptides could be used to create a prophylactic cancer vaccine using a collection or set of these peptides. 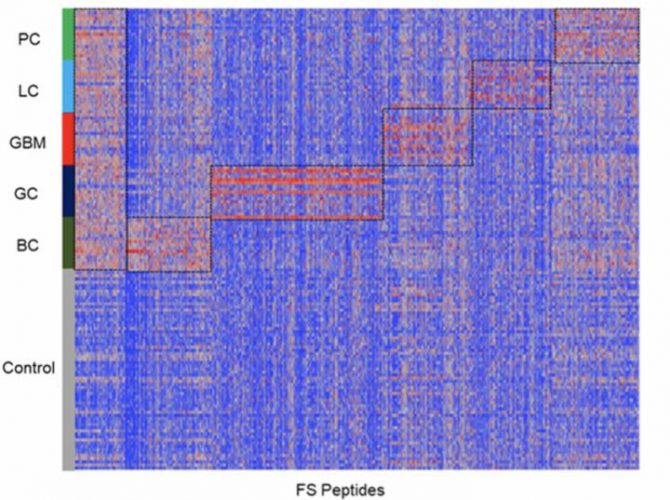 The aforementioned experiments allowed the researchers to identify the top vaccine candidates, which were then tested in mouse models.

The results showed that these vaccines significantly delayed or even prevented tumour growth or progression in these models. The researchers also found that pooling multiple frameshift peptides produced a significant additive increase in delaying tumour growth.

The possibility of a human cancer vaccine

The researchers now have a top peptide list for each of the five human cancers, generated from their recent experiments. Johnston said that the technology to make a human vaccine is available, but it will likely be five to 10 years before it can be used by humans.

“This is probably the only approach to a broadly preventative cancer vaccine, so we feel we have to try it,” said Johnston.

The findings from Johnston and his group were published in Scientific Reports.