Precise features of CAR T cell-resistant cancer have been identified

The mechanism that prevents destruction of cancer cells by CAR T-cell therapy has been identified by researchers in Pennsylvania. 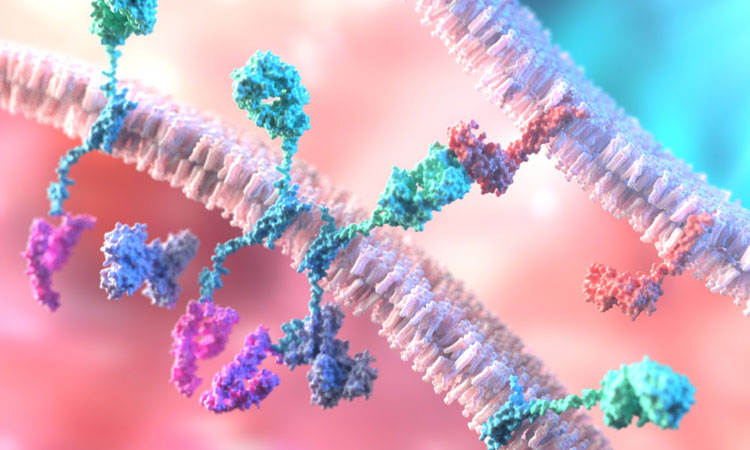 Chimeric antigen receptor (CAR) T-cell therapy has been hailed as a breakthrough in cancer treatment; modifying a patient’s own immune T cells to seek and destroy cancer cells. However, a significant proportion of patients have cancer that still evades destruction and new research from the Abramson Cancer Center of the University of Pennsylvania is helping to explain why.

In acute lymphoblastic leukaemia (ALL), between 10 and 20 percent of patients have disease that is resistant to CAR T cells, but until now, researchers did not understand why.

“Most theories have centred around a defect in the T cells, but what we’ve shown here is that the problem originates in an important death signalling pathway in the cancer cell itself, which prevents the T cell from doing its job,” said the study’s co-senior author Marco Ruella, MD, an assistant professor of Hematology-Oncology in the Perelman School of Medicine at the University of Pennsylvania and a member of the Center for Cellular Immunotherapies in Penn’s Abramson Cancer Center. Ruella‘s co-senior author is Saar Gill, MD, PhD, an assistant professor of Hematology-Oncology at Penn.

Researchers first performed a genome-wide CRISPR/Cas9-based screen of an ALL cell line known as Nalm6 to isolate pathways associated with resistance. Cells were edited for loss of function of single genes and combined with CAR T cells for 24 hours to identify the pathway driving the primary resistance.

The team discovered that in ALL cells resisting CAR T attack, there was depletion of genes involved in activating the cell death pathway (FADD, BID, CASP8 and TNFRSF10B) and enrichment of genes required for resisting the cell death pathway (CFLAR, TRAF2 and BIRC2). When they tested this in animal models, the effect was even greater than what had been observed in vitro. The researchers were initially mystified by this discrepancy, prompting them to study the effect of the cancer on the T cells trying to kill it. This led them to observe that prolonged survival of cancer cells led to T cell dysfunction.

Most theories have centred around a defect in the T cells, but what we’ve shown here is that the problem originates in an important death signalling pathway in the cancer cell itself…

The team then explored the clinical relevance of these findings using paediatric patient samples from previous CAR T trials by analysing the genes in leukaemia cells and in T cells – pre- and post-infusion – from responders and non-responders. They found that the previously identified signalling pathways in cancer cells were directly associated with responses to CAR therapy in the patients from two clinical trials, further suggesting that death receptor signalling is a key regulator of primary resistance to CAR T-cell therapy in ALL.

“We now know that resistance occurs in two phases: the cancer cells’ initial resistance to death, followed by the cancer’s ability to impair T-cell function,” said co-first author Nathan Singh, MD, MS, who led the work while he was a post-doctoral researcher with Carl June, MD, the Richard W. Vague Professor in Immunotherapy and director of the Center for Cellular Immunotherapies. Singh is now an assistant professor of Medicine at Washington University School of Medicine in St. Louis and a research member of Siteman Cancer Center. “Together, this leads to CAR T-cell failure that allows the disease to progress.”

Researchers say these findings suggest the use of healthy donor T cells for CAR T manufacturing may face the same barriers as cells used from the patient.

“This will also inform future research investigating new and improved CAR T cells that have the ability to overcome this resistance, along with therapies that target the defective signalling pathway in cancer cells,” Gill said.

These findings were published in Cancer Discovery.