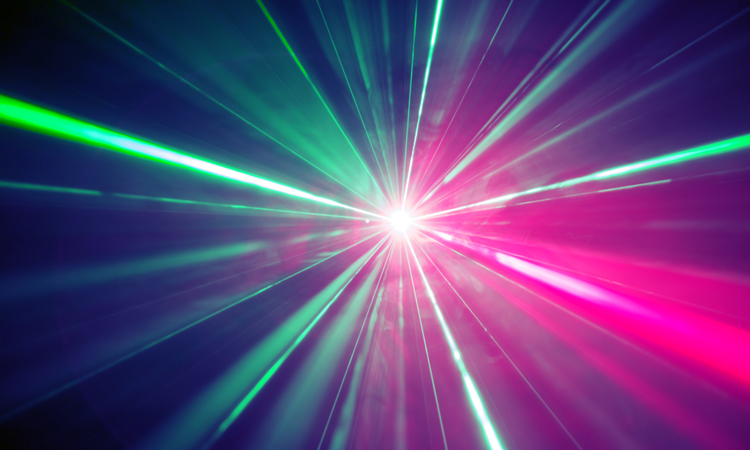 A novel label-free stainless imaging technique has been developed by researchers who created a unique laser system. According to the scientists, their method can capture more information about a tissue compared to traditional imaging techniques.

The study was conducted by the Biophotonics Imaging Lab at the Beckman Institute for Advanced Science and Technology, a part of the University of Illinois at Urbana–Champaign, US.

The team established their technology to provide better visualisation of extracellular vesicles – small packages which are known to increase in number and be associated with cancer – particularly in connection to breast cancer cells.

“We can acquire information about the structure and metabolism of the living tissue. The imaging system allows us to capture all this information simultaneously, allowing us to see many more details about the tissue, cells and their functions than the current ways of imaging,” said Dr Stephen Boppart, who leads the Biophotonics Imaging Lab. “Cells use these extracellular vesicles to communicate with each other, even under normal conditions. Tumour cells will alter these extracellular vesicles and release more throughout the body. For this reason, they have the potential to be used as markers for cancer progression.” 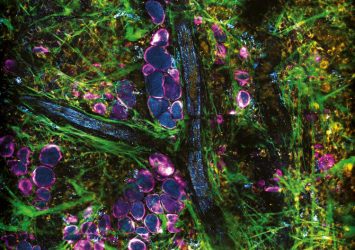 Image taken from the cover of PNAS, highlighting the study: ‘Label-Free Visualization and Characterization of Extracellular Vesicles in Breast Cancer’ (credit: PNAS).

The researchers say that their key contribution is the ability to image these vesicles without perturbing the living tissues or using any labels. This enables them to observe how vesicles interact with each other and with tumours. To achieve this, the lab used ultrashort laser pulses which interact with the tissue samples. The researchers have also begun to characterise the contents of the vesicles using this technique.

“There are two mechanisms involved in imaging,” said first author Sixian You, a bioengineering graduate research assistant in the Boppart lab. “Some of the tissue components emit different kinds of fluorescence which comes in different colours. The other mechanism involves molecular structures that when aligned in a certain way, will give you an entirely different set of colours.”

“We have found that the vesicles which have higher concentrations of NADPH molecules are highly correlated with tumour aggressiveness and are often located around vessels. By characterising the vesicles, we have a good shot at detecting cancerous changes at an earlier stage,” You said.

A second paper from the researchers investigated combining the label-free imaging method with deep learning techniques.

Currently, when surgeons remove tumours from patients, they analyse the tissue samples from the margins of the tumour to ensure that all the cancer tissue has been removed. Unfortunately, the pathology labs that examine the samples can take up to a few days to complete their analysis.

“We are trying to use the label-free technique to look at the tissue right away in the surgical room,” You said. “After we get the images we use deep learning, which can be used to differentiate between cancerous and normal breast tissue.”

“The system itself is somewhat expensive, but not unlike other high-end microscopes currently in use and costs should come down in a few years as the laser technology matures,” Boppart said. “The other inherent challenge for us is that if you want high resolution images, you need to focus on smaller areas. However, when we look at the smaller areas, we can still get an adequate picture of what is going on in the tissue.”

The first study was published in PNAS and the second in Precision Oncology.

Beckman Institute for Advanced Science and Technology, University of Illinois at Urbana-Champaign