Researchers have shown that by effectively resetting the microglia, recovery of mice after a traumatic brain injury (TBI) was improved. 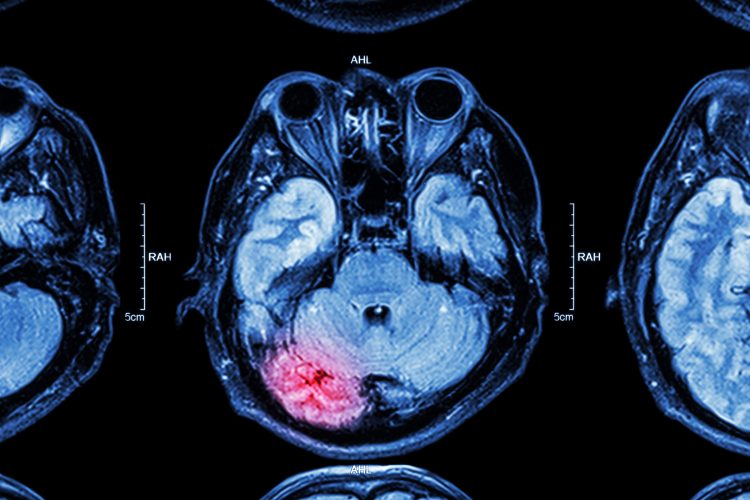 Depleting microglia and allowing for their repopulation limited brain cell loss as well as cognitive and motor deficits in a murine model of traumatic brain injury (TBI). The researchers suggest their discovery could be used as a novel therapeutic for TBI in humans.

The team, from the University of Maryland School of Medicine (UMSOM), US, targeted overactive microglia in mice with TBIs by administering a CSF-1R inhibitor for one week a month after the initial injury. They chose this point as it is a time at which animals have brain inflammation and neurological deficits.

According to the results of the study, published in Neuroscience, the CSF-1R inhibitor depleted 95 percent of overactive microglia, reducing neurotoxic inflammation. Several weeks later, these cells had regenerated but with characteristics similar to normal microglia, with less inflammatory features. 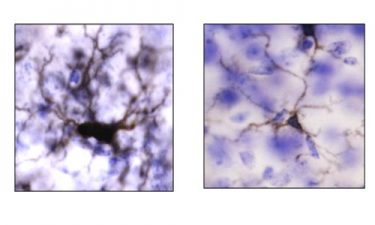 Use of experimental CSF-1R inhibitor drug reduced inflammation in microglia cells after treatment (right) compared to before treatment (left) (credit: University of Maryland School of Medicine).

The paper states that the CSF-1R inhibitor treated mice recovered better from their TBI than the untreated control group. The population that received the drug had less tissue and neuron loss and significantly better motor and cognitive performance.

“We were surprised to see that the extent to which such late treatment could reverse the inflammatory state and the cognitive effects of experimental TBI,” said study co-author Dr Rebecca Henry, Research Associate in Anesthesiology at UMSOM. “This was a proof-of-concept study that depletion and subsequent repopulation of microglia cells after injury has a strong protective effect, but we clearly need more research to better understand this process before clinical translation.”

“These pre-clinical studies suggest that the consequences of TBI on brain degeneration and related neurological impairment may be modifiable quite long after injury,” said study co-author Dr Alan Faden, the David S. Brown Professor in Trauma at UMSOM. “We can potentially alter these effects by even highly delayed targeting of inflammatory pathways, a finding at odds with widely accepted views about treating head injury.”

The researchers now intend to explore which genes are driving inflammation and overactivation in microglia following a TBI.

“This is an intriguing finding that points to an important role that inflammation plays in chronic debilitation from brain injuries,” said UMSOM Dean Dr E Albert Reece, MBA, University Executive Vice President for Medical Affairs and the John Z and Akiko K Bowers Distinguished Professor. “Future studies will hopefully lead to new treatments for severe TBI that destroys a patient’s quality of life.”