Master controller regions could be targeted for novel Parkinson’s therapies

Scientists have identified two master controller regions that are essential for alpha-synuclein aggregation and could be targeted by future therapies. 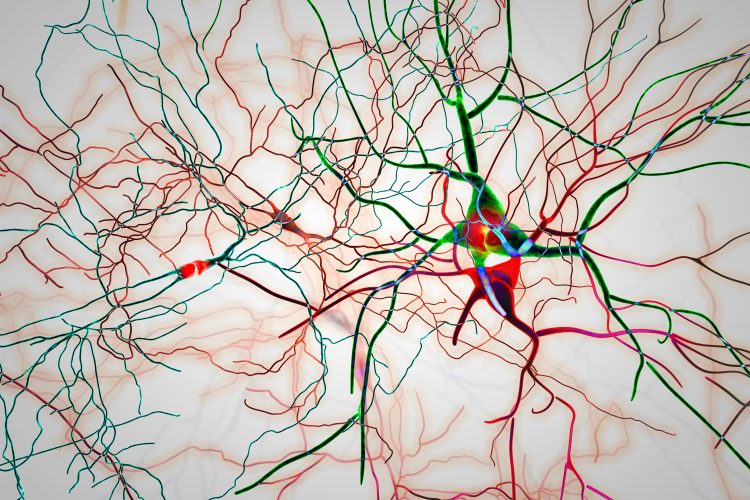 Researchers have identified a master control region of alpha-synuclein, the protein that aggregates and is linked to the onset and progression of Parkinson’s disease. According to the team, the master control region could be the target of new therapies to slow down or prevent the disease.

It had been assumed that a short region of alpha-synuclein, called NAC, was essential to Parkinson’s disease because it is aggregation prone. In a new study, researchers discovered that two regions aside from NAC are critical to controlling the aggregation-prone, or amyloid formation of, alpha-synuclein.

Using nematode worms as a model, researchers at The University of Leeds Astbury Centre investigated the importance of these master controller regions. They inserted alpha-synuclein and a variant of the protein lacking the master controller regions into the muscle cells of nematode worms and monitored aggregation of the proteins and their effects on the mobility of the worms.

Investigator Professor Sheena Radford, FMedSci FRS, Director of the Astbury Centre for Structural Molecular Biology at the University of Leeds, said: “In trying to tackle diseases like Parkinson’s, the first problem is identifying the key areas to target with small molecules or protein-based medicines, as these proteins do not have a fixed structure, ruling out traditional methods of structure-based drug design.

“Our discovery of master controller regions may open up new opportunities to understand how mutating the protein sequence that causes disease could help us find the Achilles heel for these proteins to target for future therapeutic intervention.” 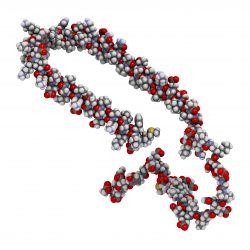 Molecular model of the alpha-synuclein protein.

Although linked to Parkinson’s, alpha-synuclein has an endogenous function, enabling vesicles of neurotransmitters to be released for nervous signalling in the brain.

The researchers discovered that the master controller regions were also important for this function as, when these regions were removed, the protein was unable to bind to vesicles. The researchers say that in order to find an effective therapy they need to fine tune the balance between function and aggregation.

The study co-investigator, Dr David Brockwell, said: “Our hope is that future research might target this master controller, to allow the development of a therapy, which could tweak the conformation or stickiness of alpha-synuclein in the brain with only minimal changes to its function. We hope that such a strategy might be able to help people with early signs of Parkinson’s, by reducing the formation of amyloid plaques in the brain, and to delay the progression of the disease.”

Aggregation under the microscope

Sabine Ulamec, a PhD researcher from the Astbury Centre at Leeds, said: “Our state-of-the-art NMR machines allowed us to map the interactions made between the master controller region and the rest of the protein. This has revealed a surprising complexity in a protein commonly thought to be without a fixed structure.

“Using NMR we have managed to build a detailed picture of this master controller region, which exerts its effect over NAC by forming key interactions that drive aggregation.

“Future research can also look at whether other proteins involved in different diseases also have master controller regions of aggregation, which could open up new avenues for therapeutic development in several neurodegenerative diseases, which involve the aggregation of disordered proteins like alpha-synuclein.”