Researchers have successfully treated cardiac dysfuntion in mice models of Barth syndrome by using a gene therapy to replace TAZ. 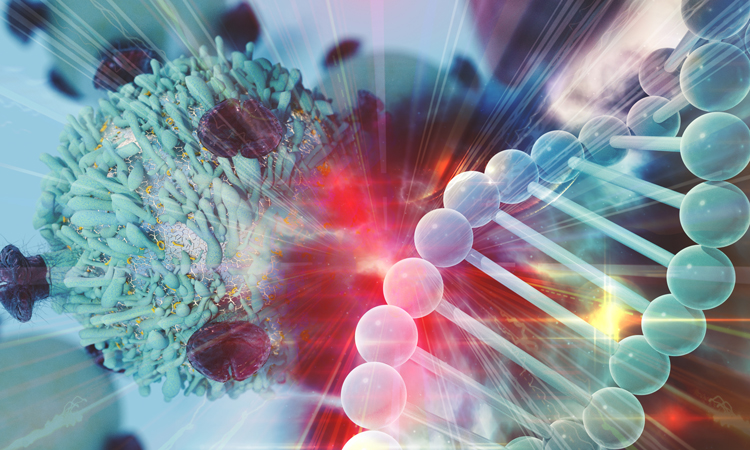 A new study has demonstrated the success of a gene therapy in preventing or reversing cardiac dysfunction in mice models of Barth syndrome.

The research, conducted at Boston Children’s Hospital, US, investigated the mutations in a gene called tafazzin (TAZ), which causes life-threatening heart failure, weakens the skeletal muscles, undercuts the immune response and impairs overall growth in boys.

In 2014, the scientists from the study found that TAZ is essential in causing cardiac dysfunction, using a heart-on-a-chip model. Adding the TAZ gene normalised the heart muscle cells and organised the mitochondria inside these cells. 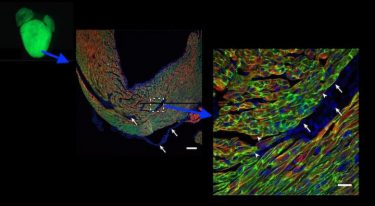 A gene therapy delivery vector (adeno-associated virus) being taken up in the heart, as shown in green at increasing magnification (credit: adapted from Prendiville TW et al., PLoS One 2015 May 29, https://doi.org/10.1371/journal.pone.0128105).

For the current study, the researchers moved to an animal model. They used two kinds of knockout mice: one with no TAZ in any cells and the other with TAZ absent in just the heart.

Most mice with the whole-body TAZ deletion died before birth, mostly because of skeletal muscle weakness. However some survived and these mice developed progressive cardiomyopathy, in which the heart muscle enlarges and loses pumping capacity. Their hearts also showed scarring similar to human patients with dilated cardiomyopathy, the left ventricles were also dilated and thin-walled.

Mice lacking TAZ just in their cardiac tissue, which all survived to birth, showed the same features. Electron microscopy showed heart muscle tissue to be poorly organised, as were the mitochondria within the cells.

The team then used gene therapy to replace TAZ, injecting an engineered virus under the skin in newborn mice or intravenously in older mice. Treated mice with whole-body TAZ deletions were able to survive to adulthood. TAZ gene therapy also prevented cardiac dysfunction and scarring when given to newborn mice and reversed established cardiac dysfunction in older mice – whether the mice had whole-body or heart-only TAZ deletions.

Further tests showed that TAZ gene therapy provided durable treatment of the animals’ cardiomyocytes and skeletal muscle cells, but only when at least 70 percent of heart muscle cells had taken up the gene.

“The problem is that neutralising antibodies to the virus develop after the first dose,” said Dr William Pu, director of Basic and Translational Cardiovascular Research at Boston Children’s. “Getting enough of the muscle cells corrected in humans may be a challenge.”

Maintaining populations of gene-corrected cells is another challenge, say the researchers. While levels of the corrected TAZ gene remained fairly stable in the hearts of the treated mice, they gradually declined in skeletal muscles.

“The biggest takeaway was that the gene therapy was highly effective,” concluded Pu. “We have some things to think about to maximise the percentage of muscle cell transduction and to make sure the gene therapy is durable, particularly in skeletal muscle.”

The findings were published in Circulation Research.