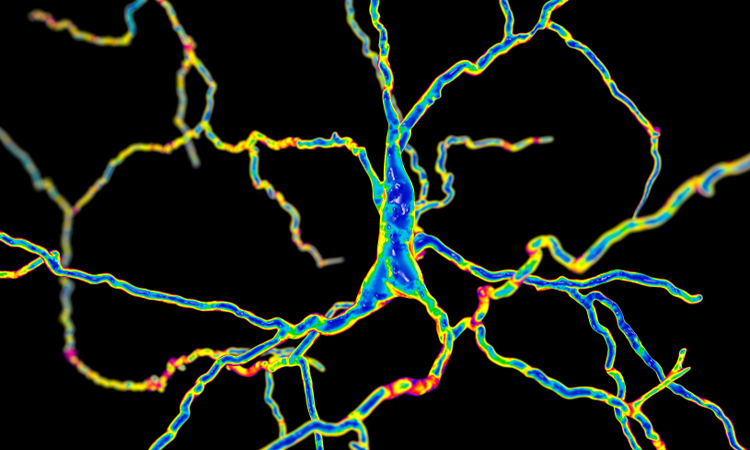 A new gene therapy to potentially treat Huntington’s disease has regenerated the functional neurons in mouse models of the condition. The research was conducted at Penn State University, US, and Jinan University, China.

“We are developing a series of neurogenic differentiation 1 (NeuroD1) based gene therapies to reprogramme brain internal glial cells directly into functional new neurons to treat a variety of brain disorders including Huntington’s Disease, Alzheimer’s disease, stroke, amyotrophic lateral sclerosis (ALS) and many more,” said lead researcher Dr Gong Chen. “Because every single neuron in our brain is surrounded by supporting glial cells, such direct glia-to-neuron conversion technology offers great advantages over stem cell transplantation therapy in terms of high efficiency of neuroregeneration and no worries about immunorejection.” 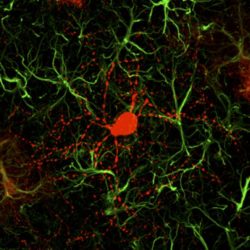 In their mouse experiments, Dr Chen and colleagues reported that 80 percent of the AAV-infected striatal astrocytes were directly converted into GABAergic neurons and the remaining astrocytes could proliferate to replenish themselves. Essentially all of the newly generated neurons were electrophysiologically functional, forming synaptic connections with other neurons. They further demonstrated that the newly generated neurons can project their axons to the right target areas, suggesting that they have integrated into global brain circuits. According to the researchers, the mice treated with the gene therapy exhibited significant motor functional recovery and remarkable extension of life span.

“Our regenerative gene therapy approach is different from conventional gene therapy that typically aims at the mutant genes by either correcting the gene mutations or reducing the mutant gene product, such as reducing mHtt aggregates in Huntington’s patients,” Dr Chen said. “Obviously, reducing mHtt aggregates at an early stage might slowdown the disease progression but it cannot regenerate new neurons for the late stage patients. An ideal approach may be to combine our neuroregenerative approach together with gene correction technology to generate healthy new neurons in future studies,” concluded Dr Chen.

The work has been published in Nature Communications.