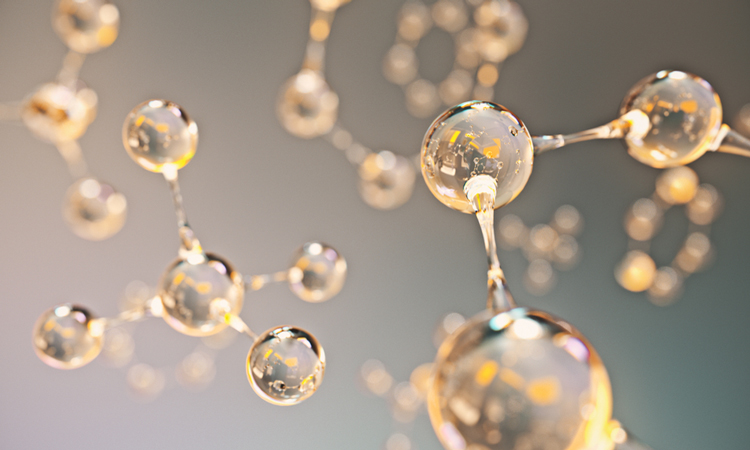 A new optical imaging method has been developed by researchers using Förster resonance energy transfer (FRET) to monitor a single molecule in action, at Clemson University College of Science, US, in collaboration with scientists at Germany’s Heinrich Heine University.

The team suggest that their fluorescence-based technique may accelerate the field of structural biology, helping researchers to better understand how molecules are assembled, function and interact, which in turn may aid in structure-guided drug design.

The scientists used FRET to study the lysozyme of the bacteriophage T4, which they say underpins essential reaction steps of biomolecular machines (enzymes).

“Our FRET studies demonstrate the need of a third functional state in the famous Michaelis-Menten kinetics,” said co-author Claus Seidel, chair of the Institute for Molecular Physical Chemistry at Heinrich Heine University. “The Michaelis-Menten description is one of the best-known models of enzyme kinetics.”

The centrepiece of this imaging tool is a FRET-based microscope, a sophisticated and powerful machine capable of visualising biomolecules as small as a few nanometers.

To witness biomolecules at work, the team placed two fluorescent markers on a set of molecules, which created a ruler at the molecular level. By using different locations of the markers, the team collected a set of distances that describe the shape and form of the observed molecule.

In essence, this process generated a collection of data points that were computationally processed, allowing the researchers to distinguish how the molecule looks and how it moves.

“We observe changes in the structure and because our signal is time dependent, we can also get an idea of how the molecule is moving over time,” said lead researcher Hugo Sanabria, associate professor of physics and astronomy at Clemson.

In the study, Sanabria and his team of collaborators combined the FRET-based microscope with molecular simulations to examine lysozyme, an enzyme found in tears and mucus. Lysozyme destroys the protective carbohydrate chains surrounding bacteria’s cell wall. Scientists widely use lysozyme to study protein structure and function because it is such a stable enzyme.

“We can track the lysozyme of the bacteriophage T4 as it processes its substrate at near atomistic level with unprecedented spatial and temporal resolution,” Sanabria said. “We’ve taken the imaging field to a whole new level.”

The new optical method revealed that the lysozyme structure is different than previously thought. Until now, scientists have largely determined the structures of proteins like lysozyme mainly using methods such as X-ray crystallography, nuclear magnetic resonance (NMR) spectroscopy and cryo-electron microscopy.

“For the longest time, this molecule was considered a two-state molecule because of how it receives the substrate or cell wall of the target bacteria,” he said. “However, we have identified a new functional state.”

The team is helping to establish a database where their FRET-based structural models of similarly generated biomolecular models can be stored and accessed by other scientists. They are also working to establish recommendations for FRET microscopy, along with other FRET scientists.

“This optical method can be used to study protein folding and misfolding or any structural organisation of biomolecules,” Sanabria said. “It can also be used for drug screening and development, which requires knowing what a biomolecule looks like in order for a drug to target it.”