Novel nanoscale 4D printer could be used for drug research

A novel 4D printer has been created which can combine organic chemistry, surface science and nanolithography to design surfaces with organic or biological molecules for drug research. 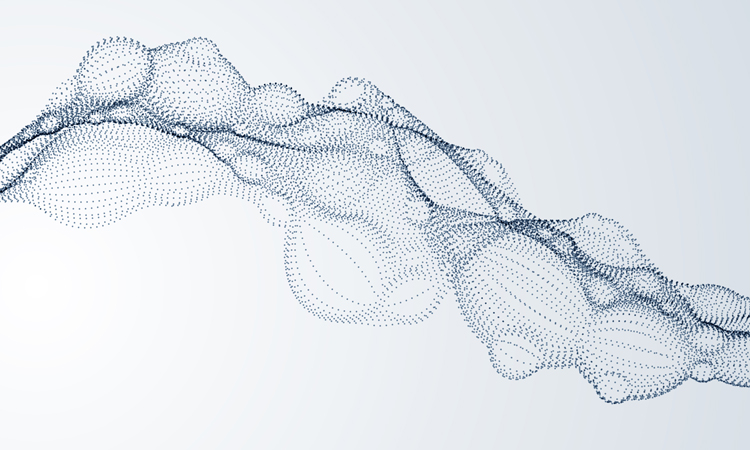 A four-dimensional (4D) printer has been developed by researchers that is capable of constructing patterned surfaces that recreate the complexity of cell surfaces.

We envision using this system to assemble synthetic cells”

The study was conducted at the Advanced Science Research Center at The Graduate Center, CUNY (CUNY ASRC) and Northwestern University, both US. According to the scientists, it enables the combination of organic chemistry, surface science and nanolithography to construct precisely designed nanopatterned surfaces that are decorated with delicate organic or biological molecules. The surfaces may have a wide variety of uses, including in drug research, biosensor development and advanced optics. Importantly, they highlight, this technology can create surfaces with different materials which can be patterned across the surface without the use of expensive photomasks or tedious clean room processes. 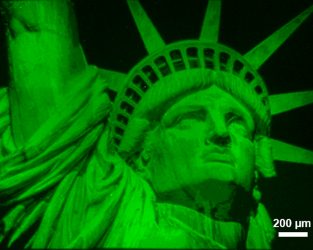 The above Lady Liberty image illustrates the capabilities of polymer brush hypersurface photolithography. Fluorescent polymer brushes were printed from initiators on the surface and variations in colour densities correspond to differences in polymer heights, which can be controlled independently at each pixel in the image (credit: The Advanced Science Research Center).

As proof-of-concept, the researchers printed polymer brush patterns using precise doses of light to control the polymer height at each pixel. As illustrated by the Statue of Liberty image, co-ordination between the microfluidics and the light source control the chemical composition at each pixel.

“We’ve created a new tool for performing organic chemistry on surfaces and its usage and application are only limited by the imagination of the user and their knowledge of organic chemistry,” said the study’s primary investigator Adam Braunschweig, a faculty member with the CUNY ASRC Nanoscience Initiative and The Graduate Center and Hunter College Chemistry Departments.

“Researchers have been working toward using lithographic techniques to pattern surfaces with biomolecules, but to date we haven’t developed a system sophisticated enough to construct something as complicated as a cell surface,” said Daniel Valles, a Graduate Center, CUNY doctoral student in Braunschweig’s lab. “We envision using this system to assemble synthetic cells that allow researchers to replicate and understand the interactions that occur on living cells, which will lead to the rapid development of medicines and other bioinspired technologies.”

The researchers plan to continue the development of this novel 4D printing platform to increase system speed, reduce pixel dimensions and develop new chemistries for increasing the scope of materials that can be patterned. Currently, they are using the patterns created by this platform to understand the subtle interactions that dictate recognition in biological systems.