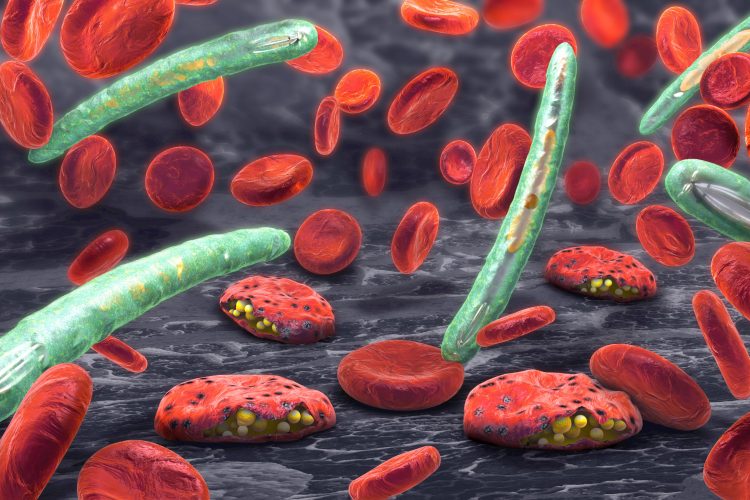 Researchers have shown that Cell Trace Far-Red (CTFR), a newly developed cytoplasmic dye, can be used in a novel assay to study how the malaria parasite invades red blood cells.

The team hope this assay, which uses relatively affordable materials and is compatible with most flow cytometers, could be used to test malaria drugs and vaccines even in poorer countries and regions.

Malaria, despite research and eradication efforts, continues to be a major global health burden. According to researchers, one of the main challenges in studying and targeting the malaria parasite with therapeutics is the lack of complete understanding of the parasite’s biology. In order to aid the study of its biology, scientists from the University of Ghana have developed a new assay that could be adopted to allow data collection and the testing of drugs and possible vaccine candidates.

The paper published in Experimental Biology & Medicine shows how researchers optimised a flow cytometry-based invasion assay using CTFR to distinguish different populations of red blood cells. In the study, the researchers observed that CTFR successfully labelled target erythrocytes (red blood cells), even at low concentrations and could be used in combination with other nucleic acid dyes required in flow cytometry assays.

Dr Gordon Awandare, study leader and Professor of Biochemistry, Cell and Molecular Biology at the University of Ghana, added: “One of the challenges in using parasites obtained directly from clinical samples for invasion inhibition assays is the need to distinguish red blood cells coming from the patient from those added as targets for the parasites to invade. Therefore, we usually need combinations of dyes that can be used to achieve this differentiation while also allowing us to identify the sub-population of red cells that have been successfully invaded by the parasites during the assay. We have now added CTFR to the tool kit for preparing such invasion assays, as well as growth inhibition assays which can be applied for testing both vaccines and drugs.”

Laty Gaye Thiam, a co-author of the study, said: “An important feature of CTFR is that it is affordable and the spectral features associated with the dye allow for its use in the vast majority of flow cytometers available in the field.  Therefore, this experiment can be easily performed across various research centres in West Africa, where resources are often limited.”