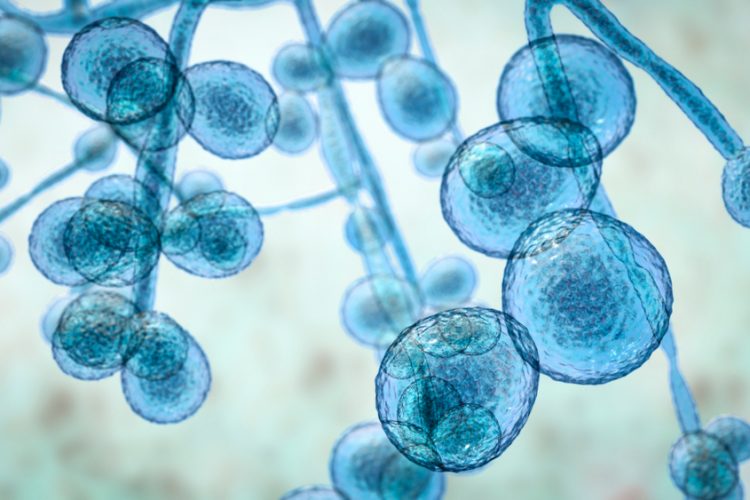 Researchers have discovered that rocaglate compounds are capable of killing Candida auris. According to the team, the study offers hope of finding a treatment for this emerging pathogen.

“This is the first report of a cell death mechanism in C. auris. This could result in future opportunities to optimise a C. auris specific antifungal compound,” said Kali Iyer, lead study author and a PhD candidate in the Molecular Genetics program at the University of Toronto, Canada.

C. auris is an important fungal pathogen for which very few treatment options exist. It also survives incredibly well on surfaces, so causes outbreaks in hospitals where it impacts vulnerable, immunocompromised individuals.

To identify novel agents with bioactivity against C. auris, the researchers screened 2,454 compounds from a diverse collection of molecules. “We screened the entire library looking for molecules that were able to inhibit C. auris growth and then prioritised those that were the most bioactive or inhibited growth the most,” said Iyer.

The researchers found that C. auris was surprisingly sensitive to translation inhibition by rocaglates, a class of compounds first discovered in mahogany bark, that have primarily been investigated as anti-cancer agents. The rocaglates inhibit translation initiation in C. auris, leading to activation of a cell death programme that is characterised by features of both apoptosis, a common form of cell death, and autophagy. In contrast, the related pathogen Candida albicans showed inherent resistance to the rocaglates, due to an amino acid variant in the drug-binding domain of translation initiation factor 1, the direct target of the compound class.

“The most direct extension would be to identify ways to further advance this class of molecules as a therapeutic strategy for fungal infections and to do so, we need to enhance fungal selectivity, because we know that these molecules also inhibit translation initiation in mammalian cells, which we would need to avoid to minimise toxicity to the host,” said Cowen. “It will be key to selectively target the fungal pathogen and not affect translation initiation in the host.”

In addition, Cowen said, resistance to the rocaglates can evolve, so researchers need to evaluate the fitness consequences of the resistant mutations and vulnerability to resistance will limit the therapeutic potential of these molecules. She said the team will continue to screen large collections of diverse molecules for activity against C. auris and other important fungal pathogens that cause life-threatening infectious disease.