Austrian researchers reveal the first 21 SARS-CoV-2 viral genomes as part of their project to aid in international understanding of how the virus causing COVID-19 mutates. 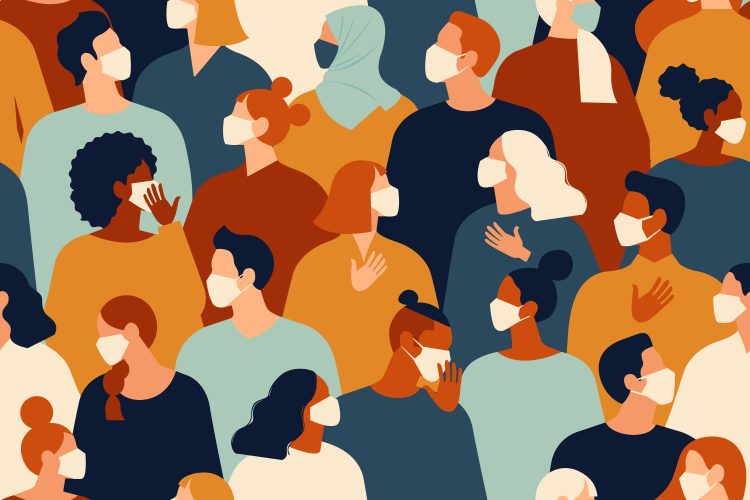 As part of the international effort to understand the evolution of the SARS-CoV-2 virus causing the COVID-19 pandemic, researchers have released the first 21 genome sequences of the virus isolated from Austrian patients with the coronavirus.

To enable analysis of global transmission routes and the evolution of the SARS-CoV-2 virus, the viral genome of isolates had been released by other countries, but not from Austria. So, the Research Center for Molecular Medicine (CeMM) of the Austrian Academy of Sciences launched a project to correct this using next-generation sequencing techniques and computational analyses.

“Together with the Center for Virology of the Medical University of Vienna, we developed a rapid-response strategy to generate SARS-CoV-2 whole genome sequences from patients in a time-effective manner. This addresses pertinent questions of national public health concerns and medical research such as tracking of infection chains or time-resolved viral analyses during the different stages of acute respiratory disease caused by SARS-CoV-2,” said Andreas Bergthaler, project co-coordinator and CeMM Principal Investigator.

The SARS-CoV-2 genome is 29,900 nucleotides long and analysis of 21 isolates from Austrian patients revealed on average six mutations different to the reference genome isolated in Wuhan, China in December 2019. According to the researchers, most of the mutations would lead to changes in viral proteins and the number of mutations is in line with other recently reported SARS-CoV-2 genomes. Further research will now focus on the mutational dynamics and hotspots of pandemic SARS-CoV-2 and dissect viral diversity between the Austrian strains and the strains from other countries. 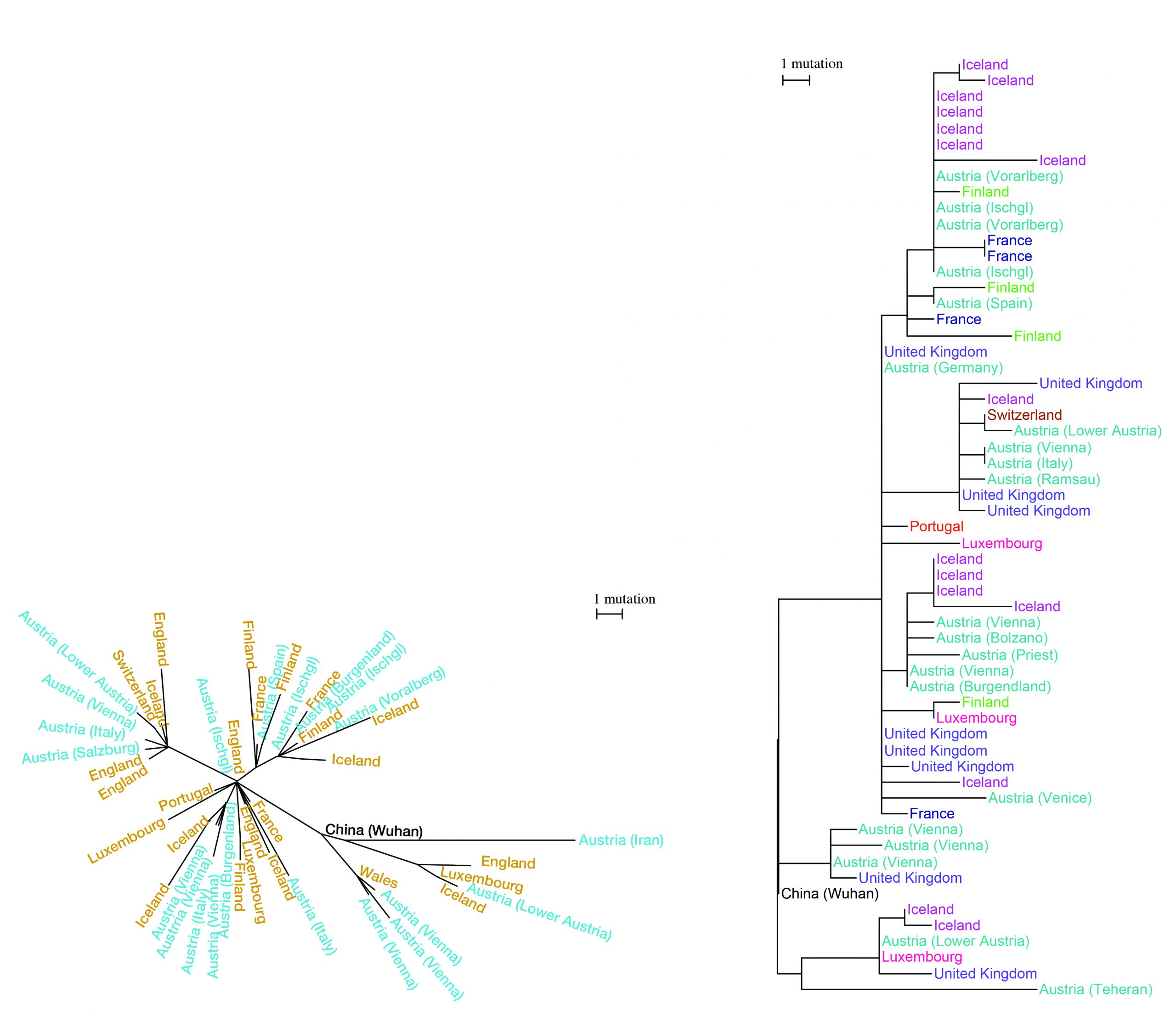 This phylogenetic tree shows the genetic similarities of the 21 Austrian SARS-CoV-2 isolates, selected European virus genomes and the reference genome from Wuhan, China. The length of the edges to the different SARS-CoV-2 genomes reflects the accumulated mutations and genetic differences [credit: Bergthaler Group/CeMM].

The project builds on an adapted viral evolution sequencing pipeline, developed and leveraged against other RNA viruses by the CeMM. According to the collaborators, they intend to complete the sequencing of 1,000 viral genomes within the next weeks.

“Whole genome sequence information of 1,000 patient-derived virus samples will provide a clearer picture of the mutation dynamics of the Austrian strains and enable the comparative analysis of these locally circulating strains in the global context. Thereby, this project will support the ongoing epidemiological and clinical investigations for better molecular insights into the spread of SARS-CoV-2 and how to fight this ravaging viral pandemic,” explained Christoph Bock, Head of the Biomedical Sequencing Facility of CeMM and MedUni Vienna and Principal Investigator at CeMM.

The researchers hope their research will enable better understanding of how the SARS-CoV-2 virus evolves during human-to-human transmission and to assess its potential to subvert vaccine responses or acquire resistance against future antiviral drugs, by offering the opportunity to molecularly dissect the mutational landscapes and dynamics of this pandemic virus.

Medical University of Vienna, Research Center for Molecular Medicine (CeMM) of the Austrian Academy of Sciences