Researchers investigating telomere dieases such as dyskeratosis congenita have found lead compounds that reverse cellular ageing in mouse models of the condition. 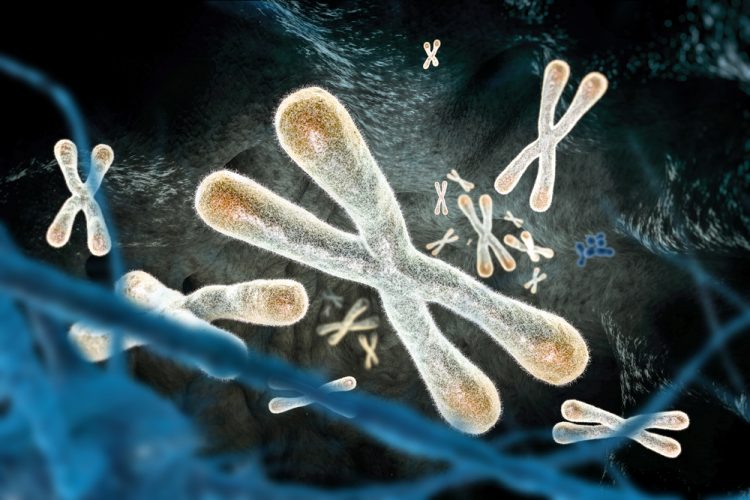 Researchers studying dyskeratosis congenita and other telomere diseases report that they have revealed which cells age prematurely and how to potentially prevent this process.

Using cells donated by patients with the disease, researchers at the Dana-Farber Cancer Institute and Boston Children’s Cancer and Blood Disorders Center, both US, identified several small molecules that appear to reverse cellular ageing. The researchers hope at least one of these compounds will advance toward clinical trials.

The molecules identified in the study restore telomeres, protective caps on the tips of chromosomes that regulate how cells age. Telomeres consist of repeating sequences of DNA that get shorter each time a cell divides.

The body’s stem cells normally make an enzyme called telomerase that builds telomeres back up again. However, when telomeres cannot be maintained, tissues age, resulting in a spectrum of diseases.

Dyskeratosis congenita can be caused by mutations in any of multiple genes. Most of these mutations disrupt telomerase formation or function – in particular, by disrupting two molecules called TERT and TERC that join together to form telomerase. TERT is an enzyme made in stem cells and TERC is a so-called non-coding RNA that acts as a template to create the repeating DNA sequences that make up telomeres. Both TERT and TERC are affected by a web of other genes that tune telomerase’s action.

One of these genes is PARN. In 2015, the researchers showed in Nature Genetics that PARN is important for processing and stabilising TERC. Mutations in PARN mean less TERC, less telomerase and prematurely shortened telomeres.

“We thought if we targeted PAPD5, we could protect TERC and restore the proper balance of telomerase,” said the paper’s first author Dr Neha Nagpal.

Nagpal and colleagues first conducted large-scale screening studies to identify PAPD5 inhibitors, testing more than 100,000 known chemicals. They got 480 initial hits, which they narrowed to a small handful.

They then tested the inhibitors in stem cells and cells of other patients with dyskeratosis congenita. The researchers found the compounds boosted TERC levels in the cells and restored telomeres to their normal length.

To test the safety of their compounds, the team introduced dyskeratosis congenita-causing PARN mutations into human blood stem cells, transplanted those cells into mice, then treated the mice with oral PAPD5 inhibitors. The compounds boosted TERC and restored telomere length in the transplanted stem cells, with no adverse effect on the mice or on the ability to form different kinds of blood cells.

“This provided the hope that this could become a clinical treatment,” said Nagpal.

In the future, the researchers hope to validate PAPD5 inhibition for other diseases involving faulty maintenance of telomeres – and perhaps even ageing itself. They are most excited about two compounds, known as BCH001 and RG7834 that are under further development.

“We envision these to be a new class of oral medicines that target stem cells throughout the body,” said Dr Suneet Agarwal, the study’s senior investigator. “We expect restoring telomeres in stem cells will increase tissue regenerative capacity in the blood, lungs and other organs affected in dyskeratosis congenita and other diseases.”

The findings were published in Cell Stem Cell.