Two antibodies named B38 and H4 could work as a COVID-19 therapeutic by neutralising the virus, say researchers in China. 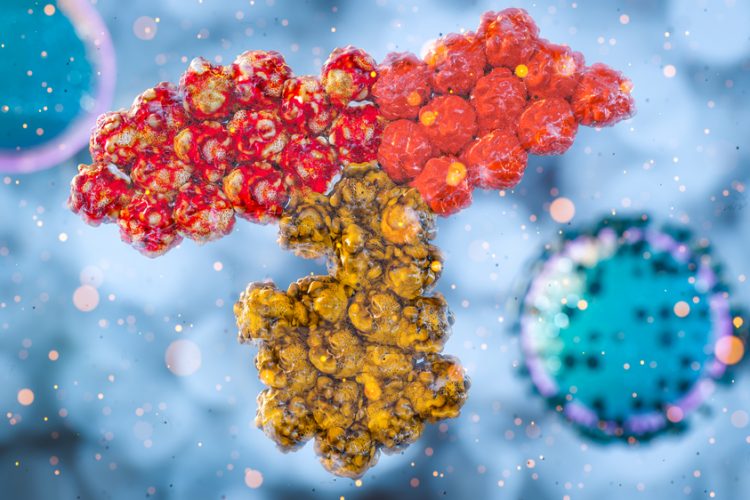 A new study has led to the discovery of two neutralising antibodies which the researchers say can prevent SARS-CoV-2 infection, the virus causing the COVID-19 pandemic.

The scientists identified a pair of neutralising antibodies that bind to the Spike (S) glycoprotein of the SARS-CoV-2 virus, blocking the S protein’s ability to bind to the human Angiotensin-converting enzyme 2 (ACE2) receptor, which mediates viral entry into host cells.

The Chinese researchers, from a range of institutions, obtained the antibodies after isolated them from a patient who recovered from COVID-19.

Preliminary tests of the two antibodies in a mouse model resulted in a reduction of virus titers, suggesting that the antibodies may offer therapeutic benefits – in addition to informing the design of small molecule therapeutics and vaccine candidates to fight COVID-19.

Yan Wu and colleagues found that the antibodies, named B38 and H4, can each bind simultaneously to different epitopes on the S receptor binding domain (RBD), meaning that both antibodies used together may confer a stronger neutralising effect than either antibody on its own – a finding supported by in vitro experiments. According to the researchers, this also means that, should one of the viral epitopes mutate in a way that prevents the binding of one of the two antibodies (known as immune escape), the other antibody may yet retain its neutralising activity.

By imaging the structure of the viral S RBD bound to B38, the team confirmed that B38 binds to a subset of the amino acids bound by ACE2 in the RBD, providing an explanation for why B38 confers such strong neutralising effects. The authors suggest that a ‘cocktail’ containing both antibodies could provide direct therapeutic benefits for COVID-19 patients, while the new information regarding the viral S epitopes could aid the development of small molecule antivirals and vaccine candidates to fight the SARS-CoV-2 virus.