Over the past year, BellBrook Labs has leveraged its Transcreener HTS Assay technology to build enabling products and services focusing on innate immunity targets. 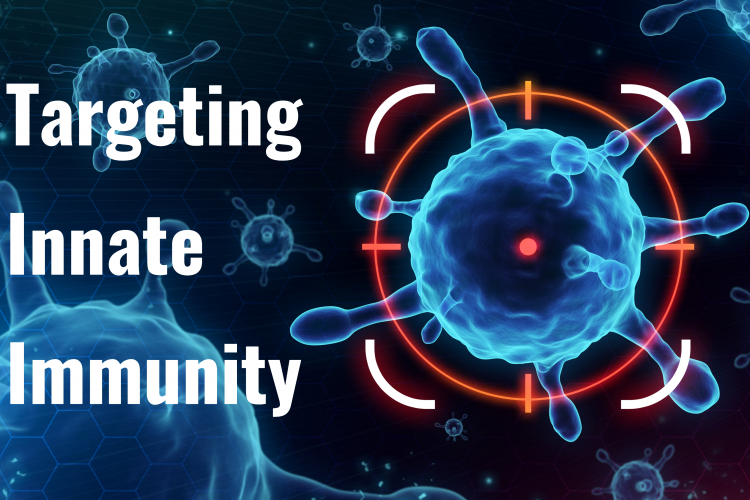 The innate immune response provides critical first line defence against invading pathogens and tumour cells, but it can cause painful and sometimes fatal diseases when it becomes overactivated by autoantigens. Understanding how to modulate the innate immune response therapeutically – enhance it for tumour immunity and dial it back for autoimmune diseases – is an area of intense drug discovery activity. Over the past year, BellBrook Labs has leveraged its Transcreener HTS Assay technology to build enabling products and services focusing on innate immunity targets.

One critical target in this area cyclic GAMP synthase (cGAS) which triggers a type I interferon response (IFN) to double stranded DNA in the cytoplasm. The cGAS enzyme acts both as a sensor for double-stranded DNA and as a signal amplification step for induction of type I IFN. Binding of DNA activates the enzyme to produce the unique cyclic dinucleotide cGAMP (2’,3’ cyclic GMP-AMP) which acts as a potent agonist for the STimulator of INterferon Genes (STING) receptor, leading to induction of type IFN expression. Overactivation of this pathway has been linked to a host of autoimmune and inflammatory conditions, most convincingly a debilitating neonatal encephalopathy called Aicardi-Goutieres Syndrome (AGS). Multiple lines of evidence have implicated cGAS/STING pathway in systemic lupus erythematosus (SLE) and more recent studies demonstrate its involvement in age-related macular degeneration, ischemic myocardial injury and even Parkinson’s diseases. In all of these instances, activation of cGAS by self-DNA, either from dying cells or damaged mitochondria, activates cGAS to trigger the vicious cycle of autoimmunity.

BellBrook Labs has developed and validated the Transcreener cGAS Assay as a biochemical activity assay for discovery of small molecule cGAS drugs. Because it relies on direct detection of cGAMP in a homogenous format, the Transcreener cGAS Assay provides a robust, automatable method for screening, hit-to-lead and mechanistic studies focused on cGAS modulators. BellBrook has used it internally to develop cGAS antagonists with nanomolar potency.

Ectonucleotide Pyrophosphatase/Phosphodiesterase 1 (ENPP1) plays an important role in dampening cGAS/STING signaling by degrading cGAMP and therefore is being targeted for cancer immunotherapy. ENPP1 hydrolyzes cGAMP to AMP and GMP and hydrolyses ATP and other nucleotides to monophosphates and pyrophosphate. BellBrook developed a robust, HTS-compatible enzymatic assay method for ENPP1 using the Transcreener AMP2/GMP2 Assay, a competitive fluorescence polarisation (FP) or TR-FRET immunoassay that enables direct detection of AMP and GMP in a homogenous format.

cGAS and the role of cGAMP in innate immunity was elucidated relatively recently, but it has long been known that production of adenosine in the extracellular tumor microenvironment causes immunosuppression and is associated with tumour progression. Targeting adenosine-generating ectonucleotidases, most notably CD39 and CD73, is being hotly pursued a as a strategy to stimulate and prolong anti-tumour immunity. CD39 hydrolyses ATP and ADP to AMP; AMP can further be processed to adenosine by CD73 leading to a significant impact on many disease states. The Transcreener AMP² CD39 Assay directly measures AMP produced by the enzyme in a homogenous format with fluorescence polarisation or TR-FRET readouts. Similarly, the Transcreener ADO CD73 Assay was also developed to measure CD73 activity in a homogenous format, aiding researchers searching for small molecule inhibitors of the enzyme.

Figure 2: The Transcreener AMP² CD39 Assay directly measures AMP produced by the enzyme with an FP or TR-FRET readout. AMP is then hydrolysed to Adensosine by CD73 which can be detected by the Transcreener ADO CD73 Assay.

The Transcreener ADP2 Kinase Assay has been used to capture millions of data points in HTS in both pharmaceutical and academic screening centres over the last 12 years. It remains the only HTS assay available that relies on direct detection of ADP, with no coupling enzymes or non-native substrates. BellBrook recently validated the Transcreener with kinases in the cGAS/STING pathway, including IKKβ and TBK1. Both of these enzymes are also involved in signalling pathways for other types of pattern recognition receptors; eg, Toll-like receptors, making them potential targets for diverse for autoimmune and neurodegenerative diseases. 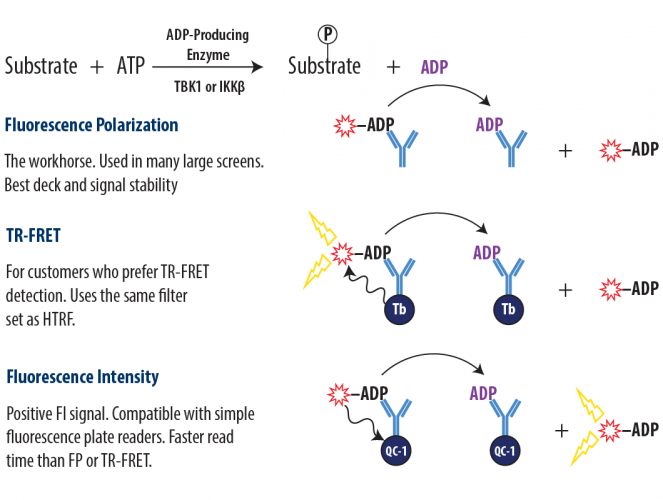 Figure 3: Example Transcreener Assay for measuring kinase activity. Transcreener is a mix-and-read platform and include assays that measure other enzymes such as ENPP1, CD39, CD73, and cGAS.

BellBrook Labs will continue to build on its current suite of Transcreener Assays for innate immune targets. In addition to building an innate immunity product portfolio, BellBrook has also created a suite of services to accelerate assay development, hit-to-lead and lead discovery. The current push to develop new drugs in this area is exciting and BellBrook hopes to create more products and services to help researchers achieve their goals of discovering and advancing novel small molecule modulators for autoimmune disease and cancer.