Researchers have hypothesised that treatments targeting the downregulation of AhRs and IDO1 genes could reduce severity of COVID-19 infection. 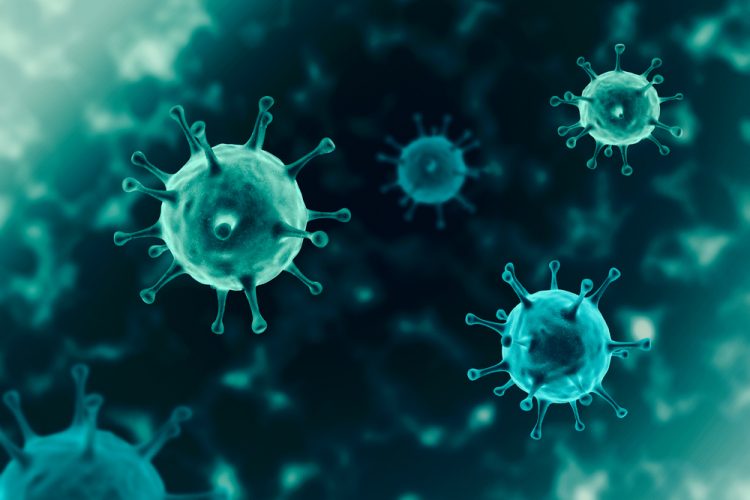 A new study has revealed how excessive activation of the only intracellular genetic target that SARS-CoV-2 attacks, aryl hydrocarbon receptors (AhRs) via the IDO1-kynurenine-AhR signalling pathway, leads to Systemic AhR Activation Syndrome (SAAS). The authors hypothesise that therapies targeting downregulation of AhRs and IDO1 genes should therefore decrease severity of COVID-19 infection.

The study was led by researchers at Medical University in Lublin, Poland. According to the authors of the study, SAAS underlies inflammation, thromboembolism and fibrosis that may lead to severe disease and death from COVID-19. When coronavirus infection persists, it activates IDO1 by massively releasing cytokines. This in turn perpetuates the already extensive viral activation of AhRs and the self-limiting control mechanisms of the host immune response may derail, triggering the cytokine storm that underlies the most severe symptoms of COVID-19.

When COVID-19 is fully established and symptoms are severe, IDO1 is believed to be continuously activated in addition to the coronavirus activation of AhRs, the scientists say. 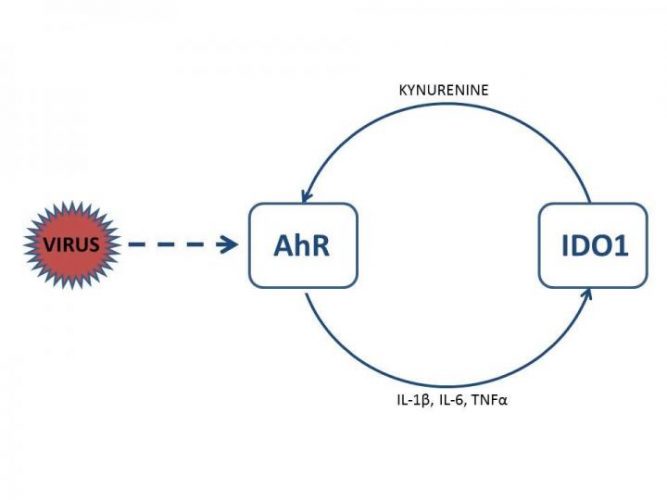 AhR activation in CoV-infected cells. CoV activate AhR by means of AhR-activating ligand independent of IDO1. Upon activation AhR translocates to the nucleus to bind to genomic DNA and to generate downstream effectors such as AhRR, CYPs, TiPARP, and cytokines. IDO1 is induced by inflammatory factors, such as TNFα and interleukins 6 (IL-6) and 1β (IL-1β). AhR also enhances its own activity through activation of IDO1-AhR-IDO1 positive feedback loop prolonging the effects of AhR activation by other pathways. Activation of IDO1 in immune cells leads to release of kynurenine, a tryptophan metabolite, which is an endogenous ligand activating AhR. Exogenous ligands binding to AhR are dioxins such as TCDD [credit: Department of Experimental and Clinical Pharmacology, Medical University in Lublin, Poland].

The molecules were dexamethasone for AhR and IDO1, and calcitriol, the active form of vitamin D, which is also known to inhibit the spread of other viral infections for the AhR gene. Likewise, the researchers say that tocopherol, a form of Vitamin E, might downregulate IDO1 and is known to play a positive role in response to viral infections and inflammation in ageing.

The authors call for epidemiological studies and prospective trials to determine if calcitriol and tocopherol supplementation should be recommended for the prevention of SARS-CoV-2 infections.

“Activation of IDO1 in immune cells leads to release of kynurenine, a tryptophan metabolite, activates AhR. IDO1 was the clue that brought us to the AhR-IDO1 axis concept and exposed the role that AhR may play in the pathogenesis of COVID-19,” said Dr Waldemar Turski.

The researchers emphasise that as they are reporting on changes in gene expression only, their hypotheses need to be tested before claiming that there are benefits of any therapy in modulating the SARs-CoV-2 infection.

The study was published in Restorative Neurology and Neuroscience.