The team used cryogenic electron microscopy (cryo-EM) to show how the 10E8 antibody interacts with the HIV’s fusion protein to neutralise the virus. 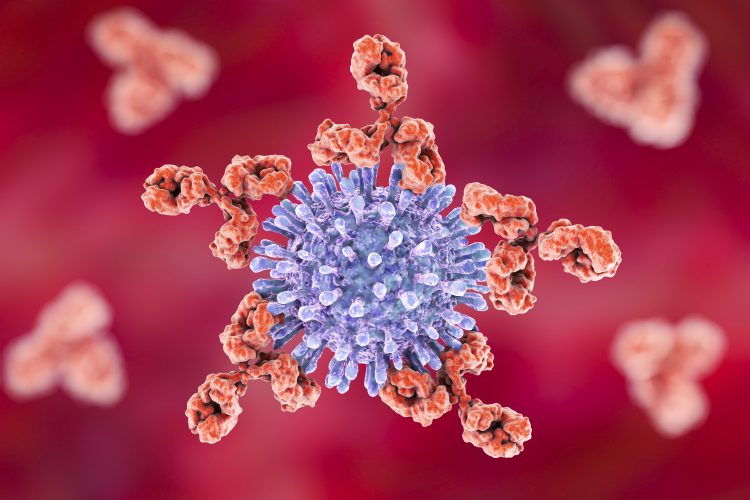 Using cryogenic electron microscopy (cryo-EM) to study the structure of Human Immunodeficiency Virus (HIV)’s fusion membrane protein, researchers have identified how an antibody with neutralising activity against a range of HIV strains targets the fusion protein.

In the study, published in Cell Reports, the team focused on how the 10E8 antibody interacts with the fusion protein of HIV. “We saw that when the antibody binds to the very bottom of the fusion protein to neutralise the virus, it first tilts it,” commented first author Dr Kimmo Rantalainen, staff scientist in the laboratory of Professor Andrew Ward, PhD at Scripps Research Institute. “It’s well known among researchers that this antibody is effective at targeting many strains of HIV, but we just weren’t sure until now how it went about its job.”

In 2D images and 3D structures captured with Scripps Research’s electron microscopes, the team showed that the antibody wedges itself into the protein’s base at an area called the membrane proximal external region (MPER) and bends the spike. The antibody then lifts the fusion protein from the surface of the virus, rendering it unable to infect human host cells.

The MPER of the fusion protein is conserved across most strains of HIV, despite how easily HIV mutates. Therefore, a therapeutic antibody against this target is likely to be highly effective, making it of special interest to vaccine developers.

However, Rantalainen said the understanding of the mechanism of action of the antibody is not the only take away – the novel technique they developed in order to image the full fusion protein spike of HIV will also be valuable, as it enables fusion proteins to be observed in a more natural membrane environment.

While previous studies of the HIV fusion protein structure have been hampered by difficulties in preparing samples containing both the lipid membrane and the full spike protein. Rantalainen explained: “We have not had good tools to study the spike protein in the context of lipid membranes. The samples are notoriously difficult to produce. Yet the membrane plays an essential important role in enabling the virus to infect new cells, so it’s critical to understand its structure in a more native environment.”

Using trial and error the team engineered a new process to produce the required samples, assembling the spike in stable membrane patches by carefully adjusting the combination of reaction components and stabilising the spike during the assembly. The full method is laid out in the study.

Ward concluded: “These new techniques are well suited to improve our understanding of how HIV works, which we believe will ultimately advance vaccine research and lead to valuable insights about other viruses. We are continually amazed by what we can learn about viral diseases by solving their structures – and that is possible only with the best cryo-EM tools and talent.”